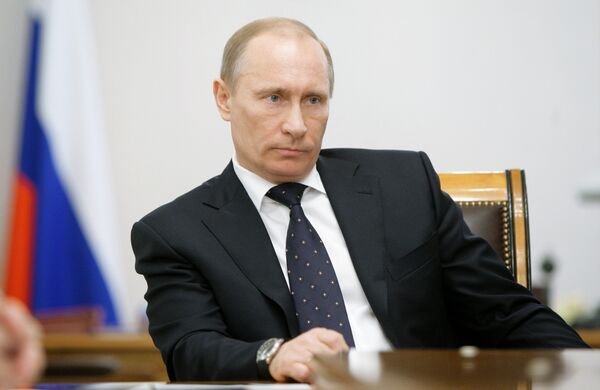 "The Security Council resolution is deficient and flawed; it allows everything and is reminiscent of a medieval call for a crusade," Putin told workers at a ballistic missile factory in the Urals region. "It effectively allows intervention in a sovereign state."

Ten of the Security Council's 15 members voted in favor of the resolution, with Russia, China, Germany, India and Brazil abstaining. The resolution was co-sponsored by France, Britain, Lebanon and the United States.

"This U.S. policy is becoming a stable trend," Putin said, recalling the U.S. air strikes on Belgrade under Bill Clinton and Afghanistan and Iraq under the two Bush administrations.

"Now it's Libya's turn - under the pretext of protecting civilians," the premier said. "Where is the logic and conscience? There is neither."

"The ongoing events in Libya confirm that Russia is right to strengthen her defense capabilities," he added.

Western-led military strikes against Libya's strongman Muammar Gaddafi, who has been ruthlessly fighting rebels in the North African country since mid-February, began on Saturday.

Libyan television has reported that at least 50 civilians have been killed and over 150 wounded in the strikes and that many health and education facilities have been destroyed.