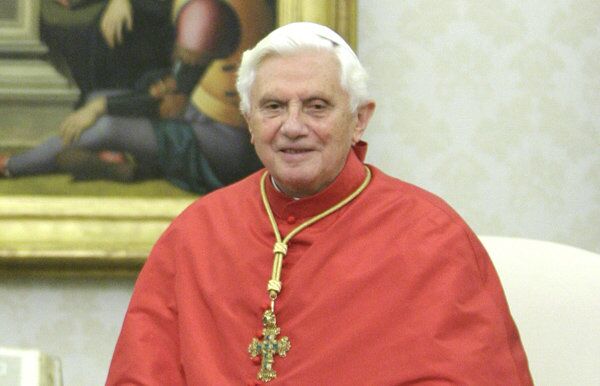 In his book Jesus of Nazareth to be released next week, Pope Benedict XVI offered a new interpretation of the Gospel of Matthew, Chapter 27, which the Catholics had used for 2,000 years to accuse Jews of killing Jesus and to justify their bloody persecution in the Middle Ages.

"The Pope's position will play an essential role in fighting anti-Semitism. It makes the ideas behind it a matter of history," a spokesman for the Russian Jewish Communities Federation, Andrei Glotser, said.

The Vatican officially gave up the idea of the Jews' collective guilt in Christ's death at the Second Vatican Council in 1965.

The Pope said in his book that Jesus himself, all his followers and early Christians were Jews as well and it would be unfair to blame all the people of Israel for killing Jesus.

"This [the book] signifies again that the Vatican realizes how important it is to give up hatred and base interreligious dialogue on mutual respect," Glotser said.

Adolf Shayevich, chief rabbi of the Russian Jews religious organizations, hailed progress in relations between Jews and Catholics in the past years.

"The Catholic position has been like this for awhile anyway. Pope Benedict XVI has merely confirmed it in his interpretation of early Christianity and some excerpts of the New Testament," said Igor Kovalevsky, general secretary of the Russian Conference of Catholic Bishops.

Israeli Prime Minister Benjamin Netanyahu thanked the Pope for his book on Thursday and said he hoped it would cement better relations between the Jews and Christians, the premier's spokesmen said.

Unlike Christianity, Judaism does not recognize Jesus as God's son and Messiah, seeing him as a prophet.