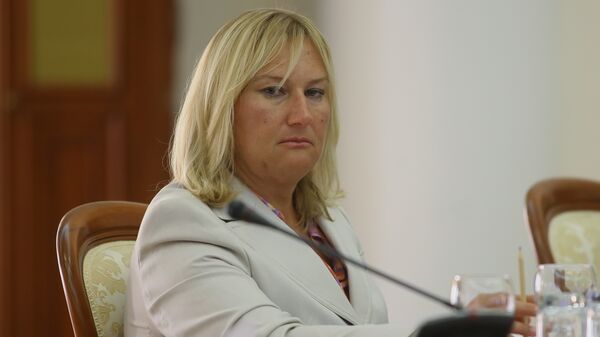 Police are searching the offices of a construction company controlled by the billionaire wife of the former Moscow mayor Yuri Luzhkov, a spokesman for the company said on Thursday.

Police are searching the offices of a construction company controlled by the billionaire wife of the former Moscow mayor Yuri Luzhkov, a spokesman for the company said on Thursday.

"They [police] said they are here as part of an investigation," the spokesman for the Inteco construction company said.

A Russian investigator told the Financial Times paper in early February that Elena Baturina was being investigated as part of a $440 million embezzlement probe.

During the recent financial crisis Inteco received support from the Bank of Moscow, the city administration's core bank, which is closely related to Luzhkov.

In the summer of 2009 the company sold 58 hectares of land in the south-west of Moscow for nearly 13 billion rubles ($440 million) to Premier Estate, a little-known company with a charter capital of just 10,000 rubles.

The Financial Times said Premier Estate was established especially for buying the land at twice the plot's market value to pay off the debt to the Bank of Moscow. Later the firm was sold and the land is now owned by a British private equity group.

The head of Inteco's external communications department told RIA Novosti on Thursday that no criminal proceedings had been taken against Inteco.

Before he was fired in September last year, Luzhkov was criticized for using his position to help his wife amass her $2.9-billion wealth through construction contracts in the Russian capital.