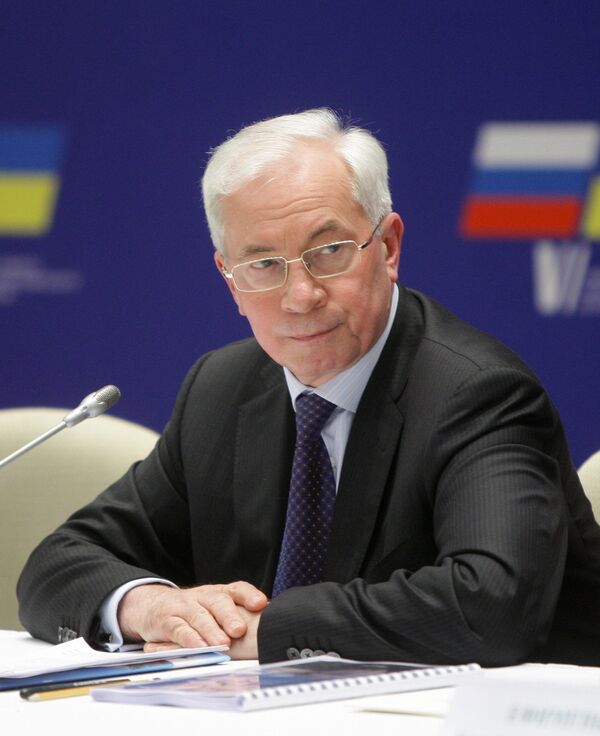 Ukraine intends to buy a drilling platform from Singapore this year to extract hydrocarbons on the Black Sea shelf and reduce its dependence on natural gas imports, Prime Minister Nikolai Azarov told German businessmen on Tuesday.

Azarov said Ukraine was also negotiating the purchase with other countries, and planned to extract gas from alternative sources, such as shale and coal layers.

"We are in talks with an American company on transfer of the relevant technology," he said, adding that the government's plans were above all aimed at reducing Ukraine's dependence on gas imports from Russia.

Although the Black Sea shelf is rich in hydrocarbons, they lie around two kilometers under water and can only be reached by floating drilling platforms. Ukraine's Chernomorneftegaz oil and gas exploration company currently only has stationary platforms that do not reach beyond 70 meters.

Until now, the country has focused on extracting minerals from the shallow water shelf west of the Crimean Peninsula.

Ukraine has been dependent on gas imports from neighboring Russia since the collapse of the Soviet Union. A number of gas rows over the cancellation of subsidies and price hikes have led to cuts in EU-bound gas supplies transiting Ukraine.