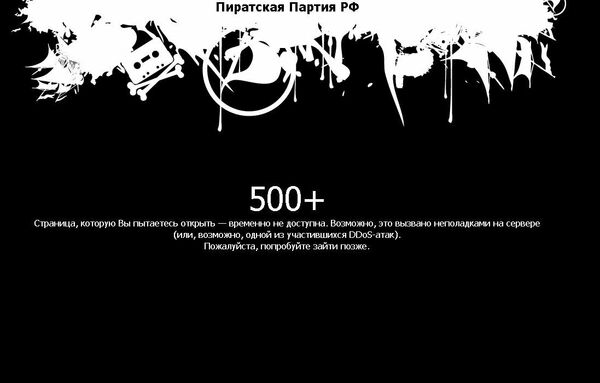 Visitors started experiencing technical problems in accessing the website on Tuesday after it posted photos of an Italian-style palace on the Black Sea coast that according to The Washington Post belongs to Putin.

"We are looking into the causes of these problems. We believe this could be due to a DDoS attack," Rassudov said.

On January 14, the Piracy Party announced the creation of "Russian WikiLeaks" and invited users to send in documents related to corruption, concealment of crime and other socially critical information.

The site's founders said they had taken precautions about the RuLeaks.net security. Its servers are based outside Russia, the domain name is registered to a foreign national and all information posted on the site is duplicated in real time on special pages in social networks.

A Washington Post story dated December 23 quoted a Russian whistleblower named Sergei Kolesnikov as saying the palace was predominantly paid for with money donated by Russian businessmen for Putin's use. The funds have come "mainly through a combination of corruption, bribery and theft," charged Kolesnikov, a businessman who until November 2009 worked for one of the companies he alleges was investing money for Putin.

A Putin spokesman later dismissed the report, saying the building in question had nothing to do with Putin.