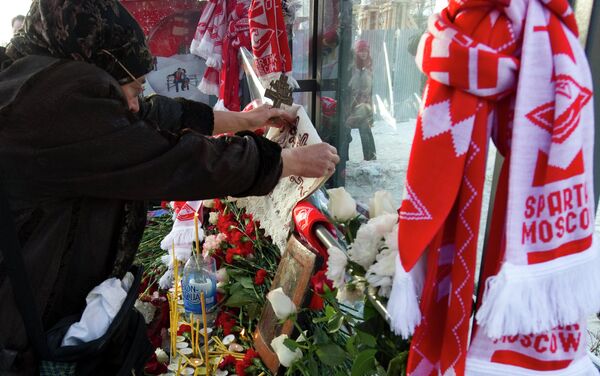 The Moscow authorities have authorized a peaceful rally on January 15 to commemorate the death of football fan Yegor Sviridov.

The Moscow authorities have authorized a peaceful rally on January 15 to commemorate the death of football fan Yegor Sviridov.

The incident sparked race-hate riots and ethnic clashes across Russia in December, including a brawl between over 5,000 football supporters and police outside the Kremlin walls.

One of the organizers of the sanctioned rally dismissed fears that the event will result in a new wave of race-hate violence.

"This will be a peaceful event. There will be a march and later a rally and flower laying ceremony near the bus stop where Yegor was killed," said Artur Grohovsky, assistant chairman of the liberal Yabloko party.

Grohovsky said the event, which is expected to attract up to 4,500 people, will not be political. He and the other organizers called on participants to "abandon any political symbols, slogans and statements."

A similar rally will be held in St. Petersburg, Russia's second largest city, on Saturday. The event is expected to gather some 1,500 people.