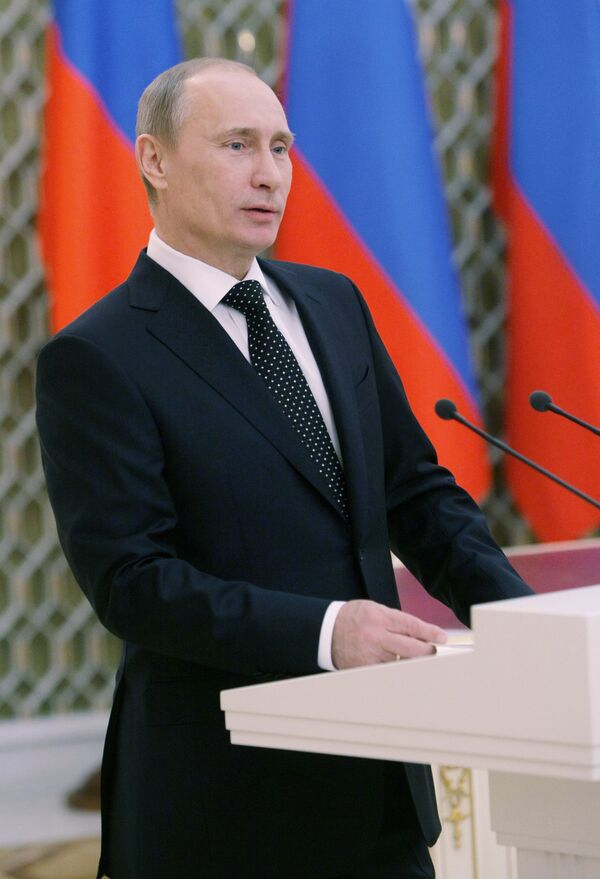 "The New START is the indisputable success of President Medvedev as head of state in the foreign policy sphere," Putin told journalists.

The United States Senate ratified the new arms deal with Russia on December 22, with a vote of 71 for and 26 against. The agreement will come into force after ratification by both houses of the Russian parliament, which is likely to be completed by the end of January after deputies have studied the U.S. Senate's resolution on the pact.

Russia's lower house, the State Duma, approved the agreement in its first reading on December 24.

The new treaty replacing the START 1 agreement that expired in December 2009 was signed in Prague in April by Medvedev and U.S. President Barack Obama.

The document slashes the Russian and U.S. nuclear arsenals to a maximum of 1,550 nuclear warheads, down from the current ceiling of 2,200.

Putin also said Russia's confidence in American partners is "constantly strengthening, but has not conclusively strengthened yet," even after Obama's painstaking efforts to convince the Senate to eventually ratify the treaty before the end of the year.

Republican senators made several attempts to drag out the process of reviewing the new pact, and even attempted to have the enormous amount of text, including the appendices, read out loud on the Senate floor.

Had the U.S. leader failed to persuade the senators to approve the deal, the final vote would have been put off until the beginning of 2011 when the number of Republicans in the Senate would significantly increase, giving them more muscle. The reset in Russia-U.S. ties would have been jeopardized in this event.