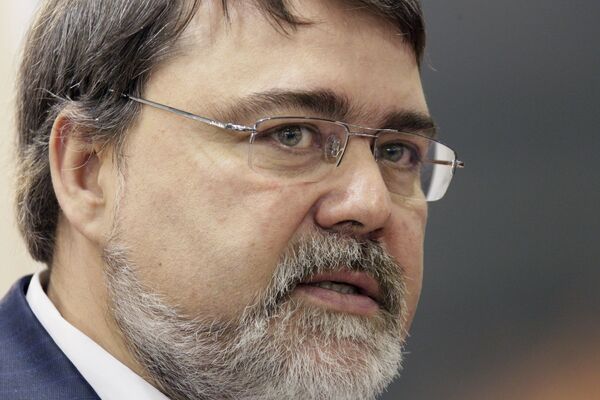 Russia's committee on foreign investments declined a request by an Iranian company to purchase a shipping port on the Volga River in Astrakhan, Federal Anti-Monopoly Service head Igor Artemyev said on Tuesday.

Iranian-owned Khazar Sea Shipping Lines put forward its intentions to purchase Alfa Port, but was declined by the committee because the company refused to reveal the actual owner of the company, Artymyev said, adding that the company was on the international blacklist in regard to sanctions on Iran.

"Since [this company] is on the blacklist, the committee replied negatively [to the request]," Artemyev said.

Alfa Port has an area of 45,164 square meters and can accept ships with cargoes up to 5,000 tons each. The company handles loading and unloading of large ships and has access to Russian railways.

Artemyev said that the company refused to say who exactly owns the company, adding: "We assume that the company's owner are state institutions of the Republic of Iran, however we were not told that, which in itself is a reason for denying the transaction."

Iran has been under UN sanctions that encompass several state-run companies for years, freezing their foreign assets and bank accounts as well as blacklisting several from doing business abroad. Western powers suspect Iran of building nuclear weapons under the guise of a peaceful nuclear program, an accusation Tehran strongly denies.