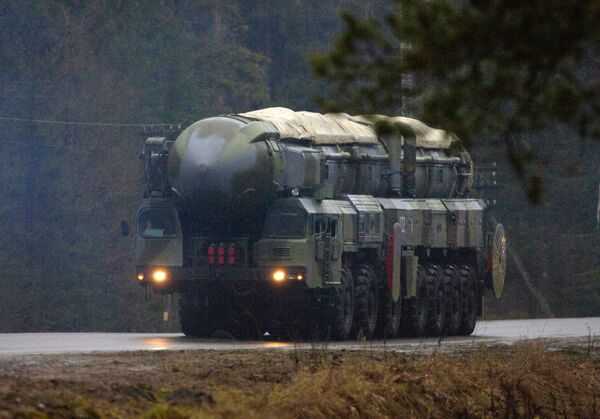 "The training-warhead part of the missiles hit a conditional target accurately at the landfill of Sary-Shagan in Kazakhstan," the spokesman said.

This was the second launch of this type of the missile this year. The first one was held on October 28 from the Plesetsk Space Centre in northern Russia.

RS-24 is believed to have up to six independent warheads, and is thus more likely to be able to penetrate anti-missile defense systems than the single warhead Topol-M.

The SMF said in August that the Topol-M and RS-24 missiles would be the mainstay of the ground-based component of Russia's nuclear triad and would account for no less than 80% of the SMF's arsenal by 2016.

As of June 2010, the SMF operated at least 50 silo-based and 18 road-mobile Topol-M missile systems. The RS-24 was commissioned in 2010 after successful testing.

The RS-12M Topol is a single-warhead intercontinental ballistic missile, approximately the same size and shape as the U.S. Minuteman ICBM. The first Topol missiles entered service in 1985.

Next year the SMF will hold 10 intercontinental ballistic missile launches, twice as many as in 2010, Karakayev said.