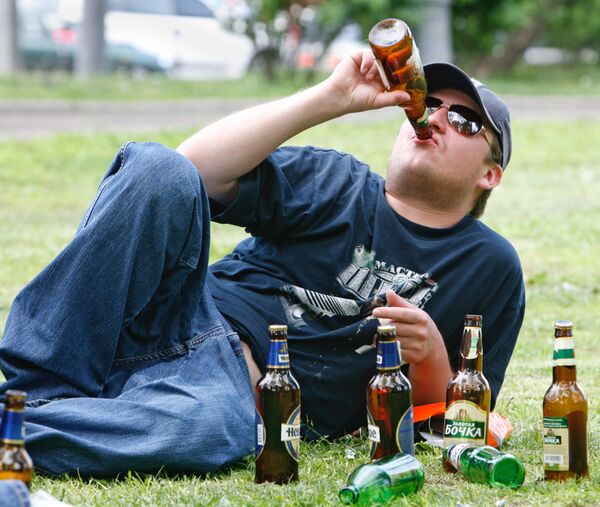 About 40% of Russians, or almost 57 million people, drink to excess.

About 40% of Russians, or almost 57 million people, drink to excess, a Health Ministry top specialist told Rossiiskaya Gazeta on Friday.

Yevgeny Bryun said the number of registered alcohol addicts in the country is about 2%, or 2.7 million people.

"I mean the number of people, who are undergoing treatment," he said in an interview with the government daily. "But all kinds of problems, I mean economic, social and family troubles, come mainly from those who just drink to excess. They constitute about 30-40% of our population."

Alcohol consumption in Russia per capita is currently about 18 liters a year, twice the critical norm set by the World Health Organization. The Russian government has declared an anti-alcohol campaign and aims to halve consumption by 2020 and root out illegal production and sales.

Bryun also said that around one and a half million people are addicted to heroin in Russia, almost three times as much as the number of registered users.

"Some 530 drug addicts are registered, but the total figure stands at 1.5 million, according to our estimates," the official said.

Many experts believe the real figure to be as high as 2.5 million, accounting for almost 2% of the Russian population.

According to official statistics, around 30,000 people die in Russia every year from heroin, around 90% of it coming from Afghanistan.

Last year, a total of 825 people died from drug overdoses in Moscow alone, almost twice as many as in 2008.