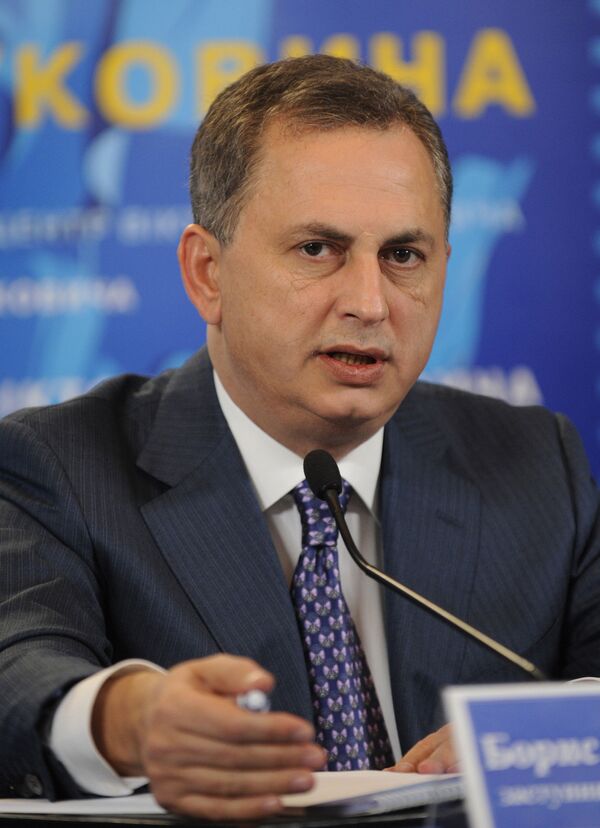 © RIA Novosti . Grigoriy Sysoev
/
Go to the photo bank
Subscribe
Ukraine intends to build on hosting the Euro 2012 tournament by staging the finals of the Champions League and Europa League in subsequent years, a deputy prime minister said.

Ukraine intends to build on hosting the Euro 2012 tournament by staging the finals of the Champions League and Europa League in subsequent years, a deputy prime minister said on Thursday.

Ukraine is co-hosting the next European Football Championships with Poland, with matches to be played in Kiev, Lvov, Kharkov and Donetsk.

Boris Kolesnikov, who is overseeing the preparations for the tournament, said one of the four cities could host a European club final as early as 2013.

"Ukraine will submit two requests: to hold the Champions League final and the final of the Europa League," Kolesnikov said,

"Of those tournaments that are free for years, we can talk about 2013," the deputy prime minister said. "An application must be submitted in 2011."

UEFA, European football's governing body, has consistently expressed concern over the pace of Ukraine's preparations for the Euro 2012 tournament. The stadiums in Kiev and Lvov are still under construction and the Ukrainian capital was only confirmed as the venue for the final in December last year, seven months after UEFA signed off on all four Polish host cities.

Besides the more rapid construction of sports facilities, UEFA has said Ukraine must improve its roads, and ensure sufficient accommodation for tournament guests and the proper operation of airports.