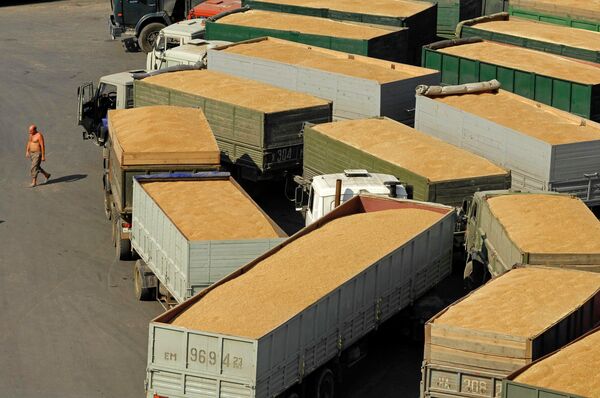 Russia's temporary grain export ban will not necessarily become an efficient measure to avoid consequences of this summer drought, the World Bank said on Tuesday.

Russia's temporary grain export ban will not necessarily become an efficient measure to avoid consequences of this summer drought, the World Bank said on Tuesday.

The government imposed a temporary export ban on wheat, barley, rye, maize, wheat and wheat-and-rye flour from August 15 to December 31 in response to the country's worst drought in decades which damaged up to 40 percent of its crops.

On October 20, Russia extended the grain export ban until the end of June 2011 but lifted the prohibition on flour exports.

"In these circumstances, the export ban will be largely ineffective in reducing domestic prices as they will continue to be influenced by world grain prices. For Russia, an export ban could also have unintended and often undesirable side effects such as undermining Russia's long-term policy goal of becoming an important player in the global grain market; encouraging hoarding in expectation of the ban's removal; distorting prices and affecting the investment and production responses," the bank said in a report on the Russian economy.

The World Bank said that domestic inflationary pressures and food security could be addressed in the short term by using global markets to fill any temporary grain shortfalls, protecting the poor through reducing taxes and tariffs on key food products, making full use of the grain intervention fund to reduce pressures in the domestic market.