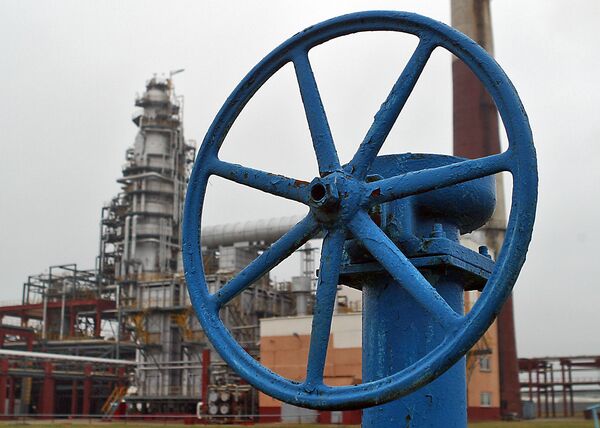 "This is a last resort, the worst option for Belarus. Maybe it is just a bit better than what we have today," Semashko told journalists in Minsk on Friday.

His comment contradicts a statement made by Belarusian Economy Minister Nikolai Snopkov on Thursday. Snopkov told reporters that it was "impossible" for Belarus to turn down Russia's proposal, which includes a significant increase of duties on petroleum product re-exports.

"This is what we have been looking for," Snopkov said.

Russia exported more than 21 million tons of oil to Belarus last year, but only 5-6 million tons was for domestic consumption. The rest was re-exported after passing through one of the country's two oil refineries.

Belarus says oil imports should be completely duty-free in the Customs Union between Russia, Belarus and Kazakhstan.

Belarus has said that the introduction of duties for the re-export of Russian oil has seriously hit the country's economy.

Semashko said on Friday that only oil exports from Venezuela "helped us survive."

Minsk and Caracas agreed on the supplies of Venezuelan oil to Belarus in March, shortly after a brief dispute over oil supplies with Russia. Venezuelan oil is delivered by tankers to the Ukrainian port of Odessa and is transported by railroad through Ukraine to Belarus.

Another contract on oil supplies, under which the Latin American country will annually supply 10 million metric tons of oil to the ex-Soviet republic in 2011-2013, was signed during last week's visit by Venezuelan President Hugo Chavez to Minsk.