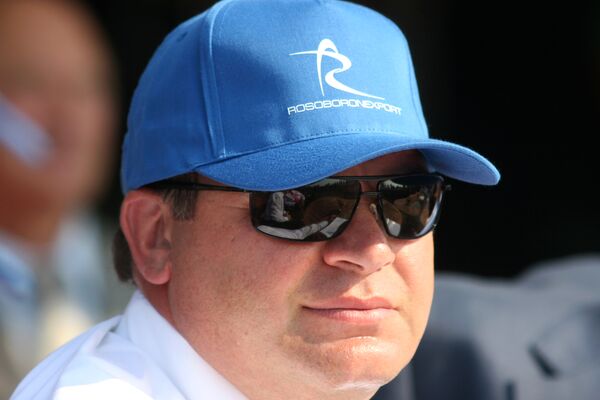 Russian Defense Minister Anatoly Serdyukov, on a two-day visit to India since Wednesday, will discuss bilateral military cooperation on Thursday.

Russian Defense Minister Anatoly Serdyukov, on a two-day visit to India since Wednesday, will discuss bilateral military cooperation on Thursday, his spokeswoman said.

She said the sides will sum up defense activities in 2009 and outline priority tasks to further develop military cooperation.

"After the meeting the sides are to sign the final protocol defining the basic directions of bilateral military and technical cooperation and specifying ways to implement the current projects," Kovalchuk said.

According to Kovalchuk, the key issues for the intergovernmental commission's consideration are the retrofit by Russia of the Admiral Gorshkov aircraft carrier for India's Navy and licensed manufacturing of Sukhoi Su-30MKI Flanker-H and T-90S tanks in India.

The Admiral Gorshkov is a modified Kiev-class aircraft carrier, originally named Baku. The ship was laid down in 1978 at the Nikolayev South shipyard in Ukraine, launched in 1982, and commissioned with the Soviet Navy in 1987.

It was renamed after the collapse of the Soviet Union in 1991. In 1994, following a boiler room explosion, the Admiral Gorshkov sat in dock for a year for repairs. In 1995, it briefly returned to service and in 1996 was finally withdrawn and put up for sale.

The Russian-Indian commission's agenda also includes cooperation in developing and manufacturing a fifth generation fighter and a multipurpose transport aircraft, as well as joint production of BrahMos cruise missiles.

Established in 1998, Russian-Indian joint venture BrahMos Aerospace manufactures and markets BrahMos supersonic missiles. Sea- and ground-launched versions have been successfully tested and put into service with the Indian Army and Navy.