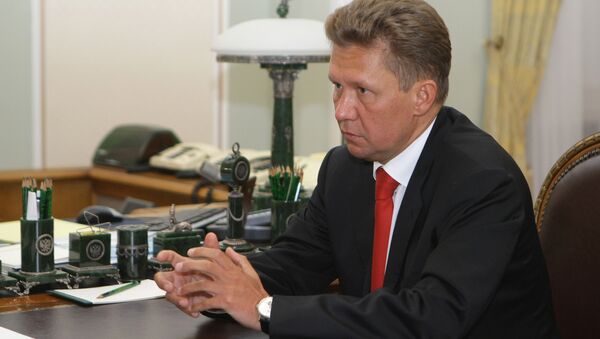 © Sputnik / Alexei Nikolskiy
/
Go to the photo bank
Subscribe
Gazprom does not rule out a possible purchase of BP's assets in Algeria, the Russian energy giant's CEO said on Wednesday.

Gazprom does not rule out a possible purchase of BP's assets in Algeria, the Russian energy giant's CEO said on Wednesday.

"If the Algerian side offers these assets to us, we will consider this possibility," Alexei Miller said in response to a reporter's question.

Mikhail Fridman, the billionaire chairman of the TNK-BP joint venture, said earlier in the day that the company was interested in acquiring BP's assets in Algeria.

BP is looking to raise as much as $30 billion to cover the cost of its oil spill in the Gulf of Mexico and its Algerian assets are valued at more than $3 billion.

TNK-BP deputy CEO Maxim Barsky said the company had the wherewithal to make such a purchase, although Russian Energy Minister Sergei Shmatko suggested the company might have to offer an asset swap to BP's Algerian partner, Sonatrach.

Russian President Dmitry Medvedev made a one-day visit to Algeria on Wednesday to discuss energy and military cooperation.

Russia and Algeria, the first- and third-largest gas suppliers for Europe, will prioritize "stronger cooperation in the energy sector," Medvedev aide Sergei Prikhodko said. "We are interested in developing cooperation with Algeria in European gas markets."