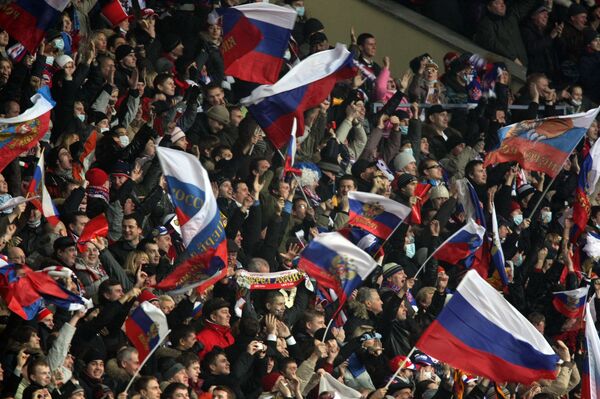 Russia take on Slovakia in their first home match of the Euro 2012 qualifying campaign on Tuesday evening.

Russia take on Slovakia in their first home match of the Euro 2012 qualifying campaign on Tuesday evening.

The Group B game comes three days after the team opened their campaign with a 2-0 away win over minnows Andorra, Stuttgart striker Pavel Pogrebnyak grabbing both goals.

The Slovaks beat Italy in their World Cup group in South Africa before falling to the Netherlands in the knockout stages. Russia. failed to make the tournament, losing to Slovenia in a play-off.

“The Slovaks performed well in South Africa,” Everton midfielder Diniyar Bilyaletdinov told Bobsoccer.ru. “But that’s in the past. Both teams are starting with a clean slate.”

The match is also the first home qualifier for Russia’s new trainer Dick Advocaat, who took over the side from compatriot Guus Hiddink this summer.

“If we want to make the Euros, and we want this very much, we have to beat Slovakia at home,” Chelsea’s Yury Zhirkov said, as quoted by Sport Express.

The other teams in the group are Ireland, Macedonia and Armenia. Ireland are also in action on Tuesday when they host Andorra in Dublin.