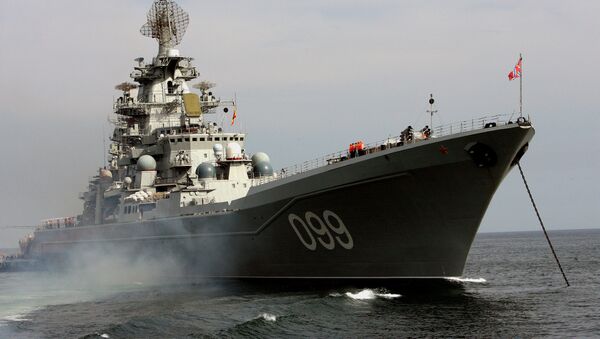 He said after the exercise the Russian warship, currently at the French port of Brest, would leave French territorial waters.

The warships will practice joint maneuvers at sea, replenishment of supplies, ship-to-ship transfer of goods, and helicopter landings.

The Latouche-Treville is named after the 19th century politician and admiral Louis-Rene Levassor de Latouche Treville.