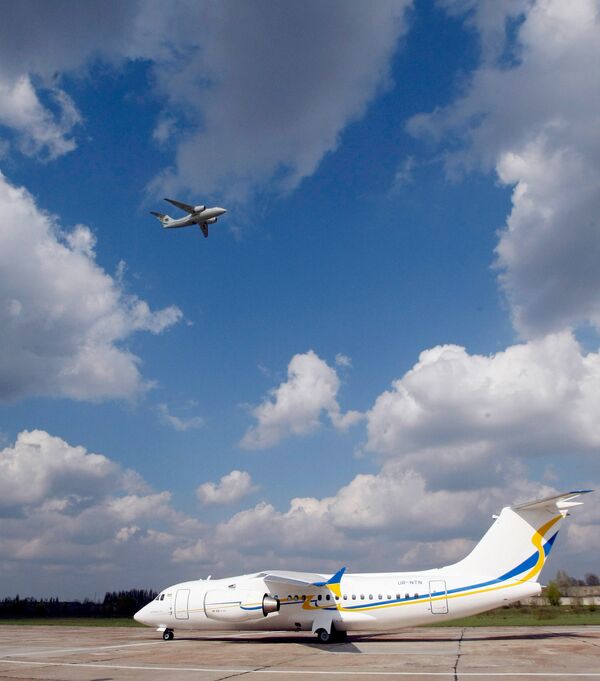 Russian leasing company Ilyushin Finance signed on Tuesday a contract to purchase 10 An-158 planes from Ukraine's Antonov aircraft holding company with an option to buy 10 more, the companies said.

Under the deal, which was concluded at the Farnborough International Air Show near London, the planes will be supplied in 2011-2013.

The head of the Ukrainian Motor Sich engine manufacturer said on Monday at Farnborough that Russia will start the production of the An-158 passenger jet in 2011.

Moscow has renewed long-stalled cooperation with Ukrainian aircraft manufacturers for eventual joint production of the airplanes, following the recent thaw in Russian-Ukrainian relations.

Along with the joint production of the An-158, Russia plans to buy the Ukrainian-designed Antonov An-124 and An-70 military transport aircraft as part of the new state arms procurement program for 2011-2020.