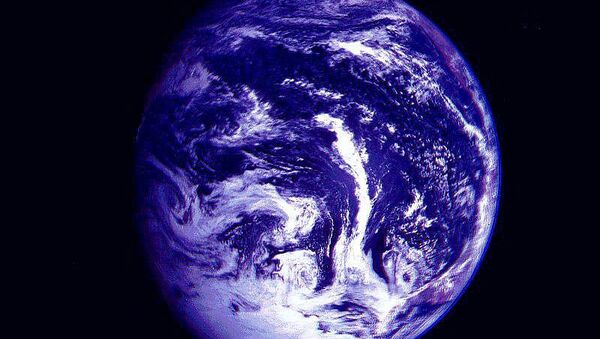 Interview with doctor Anatoly Levitin, head of the geomagnetic variations laboratory at the Institute of Terrestrial Magnetism, Ionosphere and Radiowave Propagation of the Russian Academy of Sciences. When will the Earth’s magnetic poles change? What are the possible consequences? And is there any scientific ground to expect the Doomsday in 2012?

Ph.D. Anatoly Levitin, head of the geomagnetic variations laboratory at the Institute of Terrestrial Magnetism, Ionosphere and Radiowave Propagation of the Russian Academy of Sciences

A change of the Earth’s magnetic poles has recently become a big issue for journalists and is often mentioned in the media and on the internet. They often put forward conflicting information, prompting questions. What is a magnetic field? What processes take place in it? And lastly, can the poles change or shift?

The generation of magnetic fields is very complicated. Einstein said that one of the first and most difficult physical problems is to understand the composition of the magnetic field.

To begin with, an electric current generated inside the Earth, on the boundary of the solid core (about 3,000 km), creates a magnetic field, which passes through that huge distance and emerges on the surface of the Earth. This allows us to measure it on the Earth’s surface. This is the main magnetic field. That permanent field keeps changing, but very slowly, because it has existed for a billion years.

How do magnetic fields influence life on the Earth, its climate and sea currents?

That magnetic field’s main function is to protect the surface from high-energy particles bombarding the Earth from every direction of the galaxy, in particular from the Sun. That magnetic field deflects a considerable portion of the energy. Thanks to this protection, mankind has a comfortable, habitable environment and a tolerable radiation level.

How dangerous is the potential pole shift?

Pole shift indicates a change in the poles. We have only approximate information about processes in the near-Earth environment. Before the first satellite was launched, mankind could only guess about the existence of a solar wind. We didn’t know about the magnetosphere, the processes that take place in it, or its currents. Today we have a clear understanding of magnetic fields; we know that they change in terms of longitude and latitude, because they are latitudinally dependent.

The magnetic field lines are most intense at the poles. But during powerful disturbances the field lines change in the area of the polar caps – opening up at about 10 degrees latitude. A vortex appears sucking particles in into that part of the Earth where there is no magnetic field protection.

The next area is the polar glow zone, the northern or southern lights. This is an area of approximately 20 degrees latitude, where polar glow is extremely intense. As we now know, the precise area depends on the particular configuration of the magnetic field. Many particles in the magnetosphere are governed by the magnetic field. It is in that area, where changes are especially frequent and strong, that polar glow is visible. These are very high-energy particles, and there are very strong currents in these polar zones because of the particles’ high conductivity with the current system feeding back the electric current.

Does this mean that climate change is not necessarily man-induced?

Exactly; climate change is a physical process. Climate is in fact like the Earth’s energy budget. The Earth receives most energy from the Sun and some energy from its depths – as we see in earthquakes and other reactions taking place deep inside the Earth. That energy warms the oceans that store the warmth on the Earth’s surface. This is a kind of energy budget consisting of elements that come and go.

If mankind is not to blame, why spend billions of dollars on the problem?

The energy mankind generates is so small compared to that overall energy budget that it simply cannot affect the climate. However, the energy budget is very under-studied because there is only a small range of observations used to measure it. This is a very complicated process.

Today we cannot measure it with 99% accuracy. Our current measurements are only 10%-15% accurate. The change must be at least 1% to change the climate.

The planet’s climate is doing its own thing, but we cannot pinpoint significant trends in changes to it because it dates back millions of years while the study of it began only recently. Some processes take seconds and other years. You cannot check man’s state of health in a matter of seconds; the process could take a fortnight and even then the result will not be definitive. The same goes for climate change. We are children of the Sun; we simply lack data to draw the proper conclusions.

If the poles shift dramatically, as some scientists and astrologists predict, will the Sun kill all life on the Earth?

There is no point in being overly dramatic. There are people in this country doing good work – making calculations regarding a possible decrease in the magnetic field. It is extremely difficult to assess the field’s decrease. It is studied at observatories and by satellite. A satellite’s measurements are local, as it orbits the Earth, taking measurements after shifting position. Special satellites can cover the entire territory of the Earth in 24 hours by changing their orbital position.

So, do they provide an “average temperature”?

You could say that. There are mistakes that prevent us formulating a precise calculation. The Sun’s radiation influences climate change while the data is gathered on the Sun’s changing activity. These changes in solar activity during the data collection period lead to mistakes in calculations. Today our observations mostly focus on field changes. Data about them are provided by surveys carried out this year, in three years, in five years, and so on.

So, you could announce that the world will end in half an hour?

No. First we determine the speed of our measurements, which are then compared to other data, finally determining when and how the magnetic field will decrease. But different people give different answers to this, and there could be sun storms that last only seconds, ruling out forecasts a thousand years ahead. These are very complicated processes that we should study without drawing any hasty conclusions.

But the poles can shift relatively quickly, as happened when the dinosaurs became extinct and Atlantis perished. According to the Maya calendar, the next pole shift will happen on December 21, 2012, and those who fail to adjust will die while others will be able to live in four dimensions. Many scientists are writing about this.

I don’t think any scientist would write about that seriously. We have indirect data based on the assumption that the magnetic field could be absorbed into the surface environment. Take magnetites, the minerals that can naturally be magnetized, which could, under certain physical conditions, “absorb” the magnetic field.

That is, they could store information?

Yes, they could. But, you see, we need to go back 200,000-300,000 years. You cannot tell the age of a mineral by looking at it. We are working on assumptions, as it is impossible to give the exact age of the mineral or say when it became a storage medium. This is an extremely difficult task.

Thank you for your time.