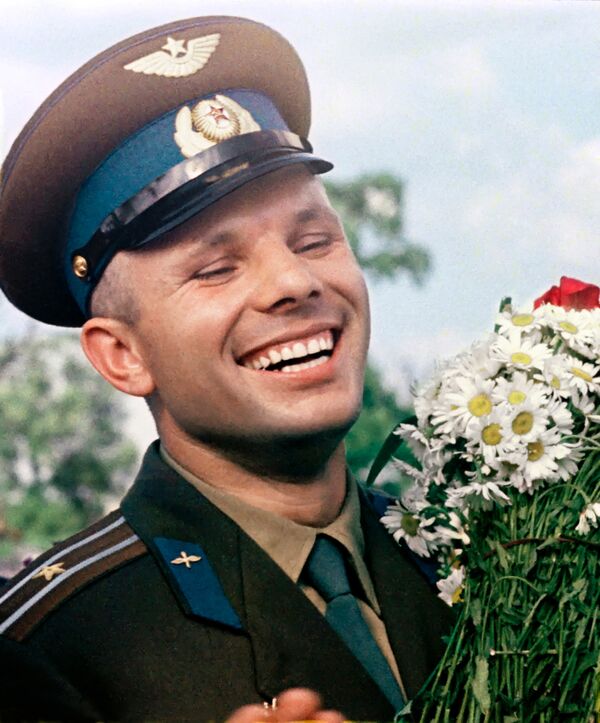 A plausible theory into the mysterious plane crash that killed renowned Cosmonaut Yuri Gagarin has been put forward in a limited edition book by fellow-cosmonaut Alexander Kovalyov, who was with Gagarin shortly before the fated plane took off.

MOSCOW, July 1 (RIA Novosti) - A plausible theory into the mysterious plane crash that killed renowned Cosmonaut Yuri Gagarin has been put forward in a limited edition book by fellow-cosmonaut Alexander Kovalyov, who was with Gagarin shortly before the fated plane took off.

Gagarin died on March 27, 1968, a little under seven years after becoming the first human to fly to space and orbit Earth. His death came during what should have been a routine practice flight in a MiG-15UTI fighter plane, which crashed near the town of Kirzhach, about 100 kilometers outside Moscow.

Kovalyov said the last report received from Gagarin's plane was that the drill had been completed above the cloud level, at a height of four kilometers.

The cosmonaut explains that Gagarin and flight commander Vladimir Seryogin were under pressure to complete the maneuver in good time because another pilot was scheduled to use the plane after them. They therefore chose to undertake a dive to take them down to the cloud level.

On coming out of the dive, Gagarin and Seryogin hung in the air for a couple of seconds and unexpectedly dropped into the layer of clouds, causing the plane to spiral out of control, Kovalyov said.

According to official data, Gagarin's plane fell from the clouds to the ground almost vertically at a speed of around 700 kilometers an hour.

Kovalyov said the fact that the two pilots did not make any attempts to eject from the plane or signal for help shows that the drop was unexpected.

He said a test-pilot and member of the state committee investigating the crash, Sergei Anokhin, came up with the theory not long after the incident.

"I was one of the first he told, not just because we were good friends..., but also because I prepared for the flight with Yuri Gagarin on the morning of that tragic day," Kovalyov said.

In 1986, a belated inquest suggested that the afterburners of a passing jet may have caused the crash. Others alleged that the then Soviet leader, Leonid Brezhnev, had ordered Gagarin's death due to feelings of envy over the charismatic cosmonaut's popularity.

Fringe theories had it that Gagarin had been taken away by aliens, while another theory, voiced in the 1990s by Finnish conspiracy theorists, claimed that Gagarin had never been in space and that the whole thing had been an elaborate Soviet propaganda exercise. Gagarin was murdered, they said, to protect the secret.

After the tragedy, Gagarin and Seryogin were buried in the Kremlin walls, an honor reserved for the communist state's most respected and famous citizens. Gzhatsk, a town in the Smolensk Region, was renamed in Gagarin's honor.