Russian military to receive first An-70 transport planes by 2012 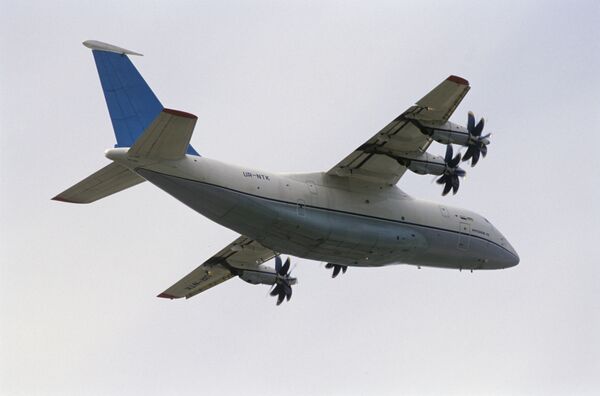 Russia may start receiving its first An-70 military transport planes as early as in 2012, the defense minister said on Thursday.

Russia may start receiving its first An-70 military transport planes as early as in 2012, the defense minister said on Thursday.

"We hope to start receiving the tested aircraft by 2012. We need this plane and the Russian Defense Ministry plans to buy it," Anatoly Serdyukov said during his visit to the Black Sea Fleet's base in Sevastopol on Ukraine's Crimean peninsula.

The An-70 is a medium-range turboprop military transport plane developed by Ukraine's Antonov design bureau. The Antonov company first tested a flying prototype of the An-70 in 1994, but a lack of Ukrainian state funds, and political disputes between Moscow and Kiev have prevented large-scale production of the aircraft.

The recent thaw in Russian-Ukrainian relations saw Moscow renew long-stalled funding to Ukraine for eventual joint production of the plane.

The An-70 is intended to replace Russia's An-12 military transport aircraft.

Russian Airborne Troops Commander Lt. Gen. Vladimir Shamanov said in May that his service had ordered 40 An-70 planes under the new state arms procurement program for 2011-2020.