Skolkovo will not be Silicon Valley's clone — Medvedev 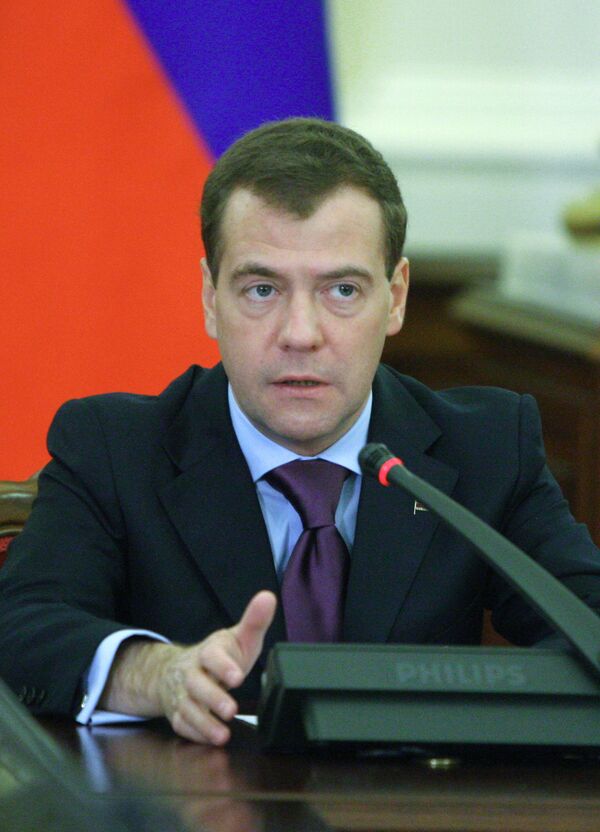 Russia will not copy the U.S. Silicon Valley while building its own high-tech research hub near Moscow, but will try to employ some of U.S. tactics.

Russian President Dmitry Medvedev said on Thursday Russia will not copy the U.S. Silicon Valley while building its own high-tech research hub near Moscow, but will try to employ some of U.S. tactics.

Medvedev, who seeks to diversify the Russian economy by reducing its dependence on oil and gas exports, has made developing hi-tech sectors and encouraging research the focal point of his economic agenda. He is now pressing ahead with the creation of a national hi-tech research hub in Moscow suburb Skolkovo, dubbed by the media as the Russian Silicon valley.

"No one is going to copy the Silicon Valley, it is impossible," the Russian president said during his visit to a world leading high-tech hub located near San Jose, California.

However, he said, "it's advisable to adopt" some of Silicon Valley's experience and certain principles of its work.

"It was interesting for me to come here, to feel the atmosphere. In some places it is 'chamber-style,' and in others informal... There is a huge difference from what is in Russia, and this is the first thing to correct," the Russian leader said during a meeting with Russian specialists working in the Silicon Valley.

"Ideally, Skolkovo should turn into a certain system, which attracts people, [a place] where people want to come... and this cannot be achieved through a [presidential] decree," he added.

"Infrastructure is one of the most important problems. In Skolkovo, it may be built from scratch, on the basis of advanced technologies. Otherwise, we will fail," Medvedev said.

He also said that Russia's Skolkovo might open its office in the Silicon Valley.

"It is important for Skolkovo to inherit the spirit which exists here. Doing this is a matter of communication, the matter of how often you would communicate with Skolkovo," he told Russian specialists.

According to the Russian president, Russian development institutions might also send their representatives to the Silicon Valley.

In March 2006, the Russian government approved a program to create technoparks to incorporate high-tech enterprises in the sectors of nano- and bio- information, and other types of technology, as well as scientific research organizations, educational institutions and other related ventures.

The high-tech research and production hub is being built from scratch in the Moscow Region town of Skolkovo. It is planned that some 4.6 billion rubles ($158 mln) will be allocated for the construction in 2010.

Despite the fact that Russia's answer to the Silicon Valley is still in the planning stages, several companies already announced their participation, including one of the world's largest technology companies CISCO. Finnish mobile giant Nokia will become a founding member in the project.

The Russian president admitted that he did not know if the Russian project will be a success.

"It's hard to foresee, but we will try to do everything decently," Medvedev said.