Post-Soviet bloc to 'advise' Kyrgyzstan on security, but no troops 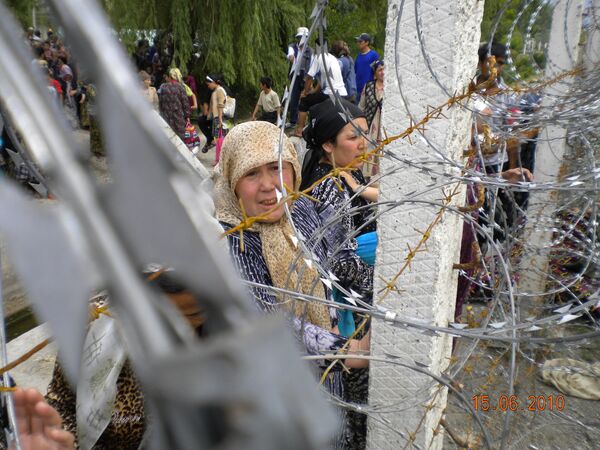 Member states of a post-Soviet security bloc see no need yet to send troops to troubled Kyrgyzstan, but could send advisors, the Collective Security Treaty Organization (CSTO) press service said on Thursday.

It said the CSTO, which comprises Armenia, Belarus, Kazakhstan, Kyrgyzstan, Russia, Tajikistan, and Uzbekistan, had no plans of sending peacekeeping forces to Kyrgyzstan "but will provide all-round assistance to law enforcement and security agencies in the Republic of Kyrgyzstan to help tackle the crisis and bring the situation back to normal."

It said the bloc could send law enforcement experts to advise Kyrgyz authorities on ways of "planning and carrying out operations to prevent mass riots and identify provocateurs."

A Kyrgyz deputy interim prime minister said earlier on Thursday the situation in the city of Osh, the scene of mass interethnic clashes, had been placed under control.

The deadly clashes between ethnic Kyrgyz and Uzbek groups in southern Kyrgyzstan broke out in Osh on June 11 and then spread to the neighboring Jalalabad region, leaving at least 191 dead and over 2,000 injured according to official figures.

Azimbek Beknazarov said the city was returning to normal although sporadic shooting had been heard on the city outskirts at night.

He also said anti-government elements were seeking to destabilize the situation in the north of the country.

He said over 110 people had been detained on suspicion of being involved in organizing "acts of provocation" in Osh and Jalalabad and that followers of ousted President Kurmanbek Bakiyev were behind the riots.