Russia may replace Bulgaria with Romania in S.Stream project - paper 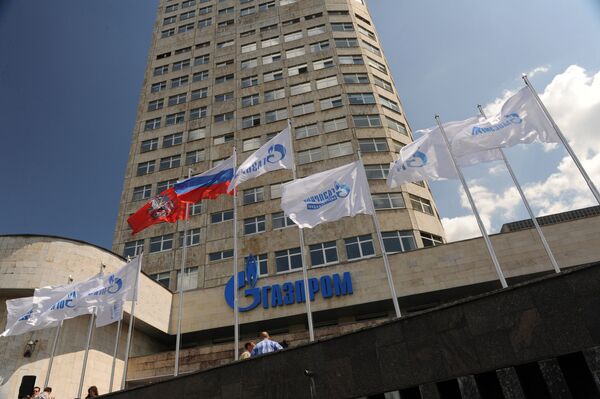 Russia's gas monopoly Gazprom is likely to replace Bulgaria with Romania in the South Stream pipeline network since Bulgaria halted the other two joint energy projects with Russia, a Russian business daily said on Thursday.

The change in Gazprom's policy came after Bulgaria's Prime Minister Boiko Borisov announced that the country would not move ahead with the Russian-Bulgarian energy projects - Burgas-Alexandroupolis oil pipeline and a nuclear power plant in Belene - stating they are "economically unprofitable and unreasonable."

Borisov's comments came shortly after the Bulgarian government confirmed that the country was considering a possible deployment of elements of the U.S. missile defense system on its territory. Russia did not directly comment on Bulgaria's decision.

"We had a very clear and substantive dialogue with Videanu. We have initiated an issue about Romania's possible participation in the South Stream project," Kommersant Daily quoted Miller as saying.

Gazprom spokesperson told Kommersant that in next several months the total costs of the construction of the Romanian transit leg would be calculated.

The overall estimated cost of the South Stream pipeline is 25 million euros. The new natural gas pipeline network will connect Russia and the European Union via the Black Sea and the Balkans, bypassing Ukraine.

Gazprom said in a statement last week it was ready to start construction of the South Stream pipeline in 2013. Miller is scheduled to visit Romania in the fall for further talks on the deal.