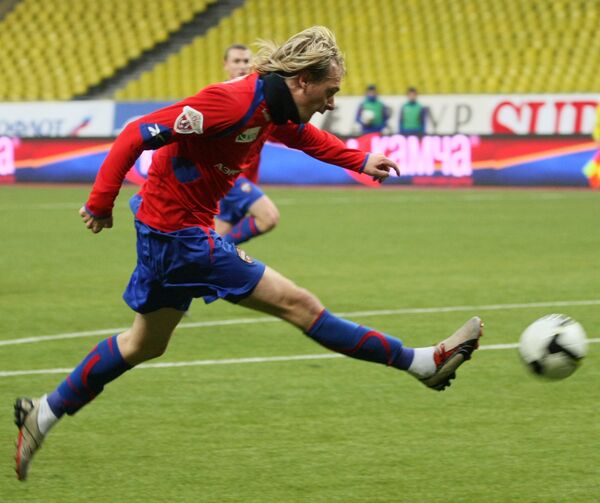 Italy's Inter representatives are heading to Moscow to discuss a bid for Krasic with CSKA Moscow in the next few days, Dejan Joksimovic was quoted as saying on the Sky Sports website.

Krasic attracted the attention of a number of leading European sides after helping CSKA to the Champions League quarter finals.

"There was interest from the top clubs in England, but they weren't quick enough," Joksimovic said. "It is almost 100% Milos will be going to Italy."

Earlier, CSKA Moscow have rejected a bid of 12.5 million euros for Krasic from Italy's Juventus.

Inter's new boss Rafael Benitez, who is known to be a long-time admirer of Krasic, has initiated the deal, Sky Sports said.

Krasic has been linked with a number of top European clubs, including AC Milan, Manchester City and Arsenal.