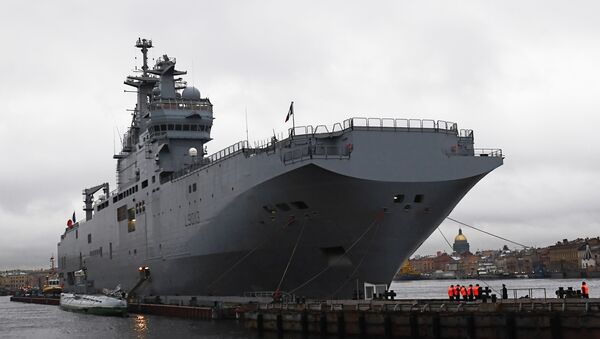 Russian shipyards are ready to build Mistral class helicopter carriers whenever they receive orders from the military, industry officials said on Monday.

Russian Defense Minister Anatoly Serdyukov said earlier on Monday that Russia had reached the final stage of pre-contract talks with France, Spain and the Netherlands on the purchase of four of the French warships.

According to the minister, one vessel will be bought outright and the other three will be built under license with the participation of Russian shipbuilders. The full construction of the fourth vessel would take place in Russia.

"We are ready if the Defense Ministry gives us an order to build these ships," said Dmitry Morochenko, a spokesman for the United Industrial Corporation, which owns several shipyards and tool-making plants in northern Russia, the heartland of the country's shipbuilding sector.

The United Shipbuilding Corporation, which owns shipbuilding assets in Russia's Far East and northern Russia, said building such vessels would not be entirely new to Russian dockyards.

"Russia has experience in the construction of similar ships during the Soviet era, for example the Ivan Rogov class military transport ships, so we do not see any problems in fulfilling this contract," spokesman Igor Ryabov said.

Russia built three Ivan Rogov class amphibious transport ships during the Soviet era. One of them, the Mitrofan Moskalenko, is still in service with the Russian Navy but has been put on a Defense Ministry list of assets for sale.