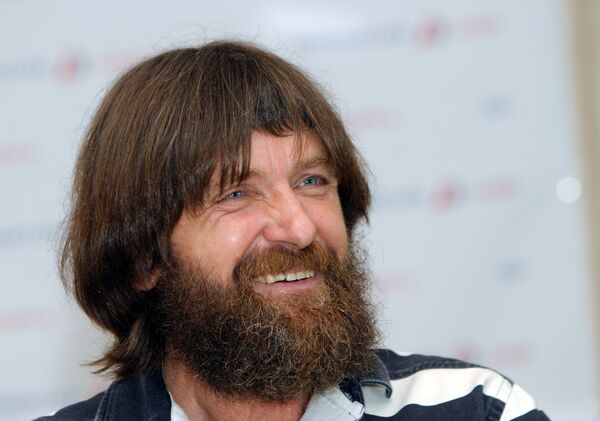 Famous Russian traveler Fyodor Konyukhov has given up exploration and world records to become an Orthodox priest, Ukraine's UNIAN reported on Saturday

Famous Russian traveler Fyodor Konyukhov has given up exploration and world records to become an Orthodox priest, Ukraine's UNIAN reported on Saturday.

An extensive traveler, Konyukhov has reached the North Pole three times, the South Pole, the Pole of Inaccessibility, and climbed to the top of Mt. Everest. He has set world records by crossing the Atlantic Ocean in a rowboat in 46 days, as well as crossing Greenland on a dogsled in 22 hours. He has also made several round the world trips alone on yachts.

"Something probably serious happened since I made such a decision: I thought, enough of temptation, I want to pray more," Konyukhov said.

He said he had made the decision during his last trip to the Antarctic and will now undertake praying for those who travel. He did not name the reason why he made such a drastic change in his life.

"I have worked a lot for people and for people's fame as well as my own fame, and now I want to work for God and the Church," Konyukhov said.

Konyukhov, 59, had earlier sent an official letter to the head of the Russian Orthodox Church, Patriarch Kirill of Moscow and All Russia, requesting to become a priest. Kirill told Konyukhov in April that he may choose which eparchy he would like to begin his priesthood.

Konyukhov decided on Zaporizhia, Ukraine, where he was born in 1951.

He made his first "expedition" when he was 15 by crossing the Sea of Azov on a rowboat. By the time he reached 50 years old, Konyukhov made more than 40 unique expeditions and climbs. He has written numerous books and painted many pictures of his travels.