Russian oligarch vows to run Nets based on merit not nationality 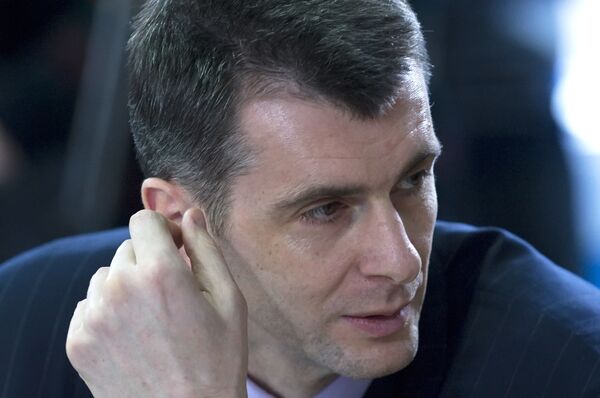 The new owner of New Jersey Nets, Russian billionaire Mikhail Prokhorov, said on Wednesday the team roster and coaching staff would be formed without national preference.

The new owner of New Jersey Nets, Russian billionaire Mikhail Prokhorov, said on Wednesday the team roster and coaching staff would be formed without national preference.

The first NBA franchise owner from outside North America has said his purchase of the club would help to move basketball forward in Russia, and there have been suggestions there will be a Russian atmosphere in the locker room, but he steered clear of such talk at a news conference in New York.

"The Russians will have to compete not with each other, but here. There is no guarantee that one of the Russian coaches will be able to win this competition," Prokhorov said.

"The market does not care if you are Russian or American," the businessman said, adding that he intends to popularize basketball in Russia by developing amateur basketball, with a league made of teams from higher education institutions, much like the U.S. system.

The National Basketball Association approved Prokhorov's $200 million takeover of the New Jersey Nets last week. He will have an 80% stake in the team and 45% of the new Barclays Center in Brooklyn, which is being built as the Nets' home from 2012.

Prokhorov said he would name a head coach in the summer, and reiterated his intention to make the Nets - who finished with the league's worst record this year - NBA champs in five years.

"I'm paying a lot," said the new owner, who on Tuesday saw his team lose out in the NBA draft lottery, drawing the third pick when the first beckoned after the 12-70 season.

The billionaire emphasized at the news conference that the purchase of the Nets combined two of his passions - business and basketball.