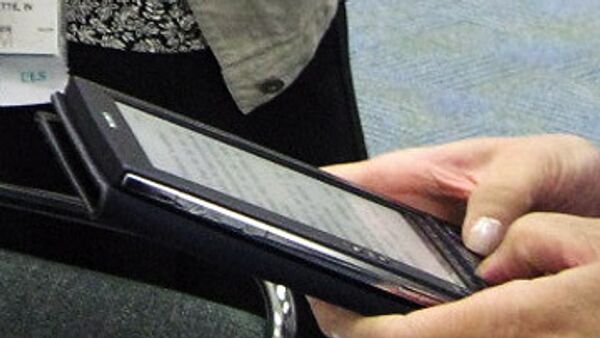 © Flickr / aprilskiver
Subscribe
International
India
Africa
An advertising campaign to promote reading has been launched on the Russian capital's streets, a spokesman for the Moscow Writers Union said Friday

An advertising campaign to promote reading has been launched on the Russian capital's streets, a spokesman for the Moscow Writers Union said Friday.

"An information campaign calling on citizens to read books started in the capital under the auspices of the Moscow government. As part of this campaign, the Moscow Writers Union placed 100 thematic billboards saying 'Read books' on city streets," Alexander Gerasimov said.

Gerasimov lamented that experts have registered an "alarming tendency" for people to read less, especially classic literature. He said young people were the target audience of the campaign, which includes such slogans as "Discover new things!", "Be guided by knowledge" and "Fill in the gaps!"

"Russians read newspapers and news on the Internet, but apparently have an apathy toward reading serious literature, thick books written not only by contemporaries but by classic writers as well," he said.

"Such indifference can lead to erosion of entire cultural layers, to depletion of knowledge about literature, to the loss of national self-identification," Gerasimov said.

President Dmitry Medvedev admitted two weeks ago that his son found books less interesting than the Internet, recounting how they found a version of Mikhail Lermontov's classic novel A Hero of Our Time on the web.

"We searched for A Hero of Our Time on the Internet, a well-known book, a classic," Medvedev told a meeting of the state science and culture councils on April 22. "We found it, no problem, downloaded it, and then the young man got the desire to have a look. But the book lies there, untouched."

The president said it didn't matter how Russians read, as long as they did, and revealed how he had overcome his initial resistance to enjoy reading books electronically on an e-reader.

Gerasimov said the union planned to expand the campaign to other Russian regions from June.

"We can boldly speak of a quick transformation of the Moscow information campaign into a Russia-wide one," he said.