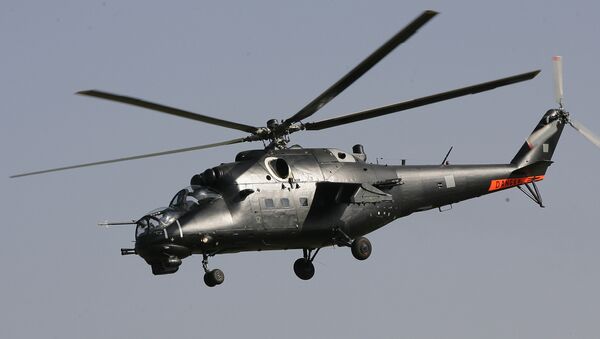 Rosoboronexport spokesman Sergei Svechnikov said a total of 12 helicopters are to be delivered under a 2008 contract, worth $150 million.

The Mi-35M is an export version of the Mi-24 Hind that was used extensively in Afghanistan. The Mi-24/35 is unique among dedicated attack helicopters insofar as it can carry a load of troops, in addition to performing its offensive role.

The Sao Paulo-based newspaper Valor Economico previously reported that the Mi-35s would be used in the Amazon region, in conjunction with Brazil's Embraer land and ground surveillance jets.

The Amazon region borders both Venezuela and Colombia, and is a prime location for trans-national narco-terrorists and drug traffickers.