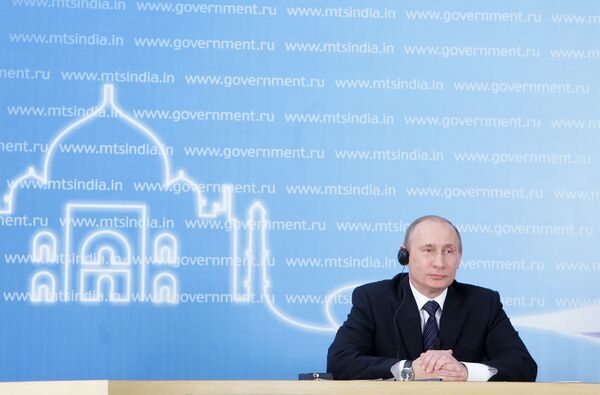 Speaking during an Internet conference with Indian businessmen, he stressed that joint high-tech projects were a priority of Russian-Indian relations.

"This is a priority of our development. However, we have fewer restrictions," Putin said.

He said Indian laws limit the share of foreign investment in Indian companies, which, in his opinion, impedes the development of partnerships.

"We have restrictions, but not in the sphere of Internet technology," an Indian businessman commented.

"Yes, you do have them [in the Internet sphere]," Putin responded.

"Ask your colleague," he said pointing at Vladimir Yevtushenkov, head of AFK Sistema, whose subsidiary has been operating in India since 2000.