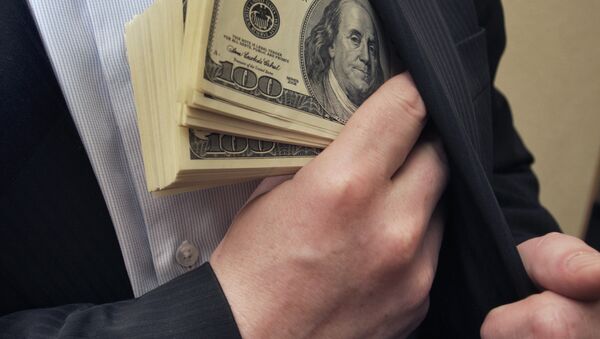 Bullock, who was called a "rising real estate titan" by The New York Observer in 2007 and elected to the Board of Trustees of the Solomon R. Guggenheim Foundation the same year, founded RIGroup for real estate transactions in Russia.

Investigators say the gang was engaged in money laundering in 2007-2008, at a time when the Moscow Region, one of Russia's largest borrowers hit hard by the 2008 economic crisis, was struggling to meet its commitments and prevent default on its obligations.

According to the investigation, the suspects used a structure called the Moscow Region Investment Trust Company to steal regional property and budget funds.

The investigation has established that the criminal group brought 27 billion rubles ($900 million) in damage to the regional budget.