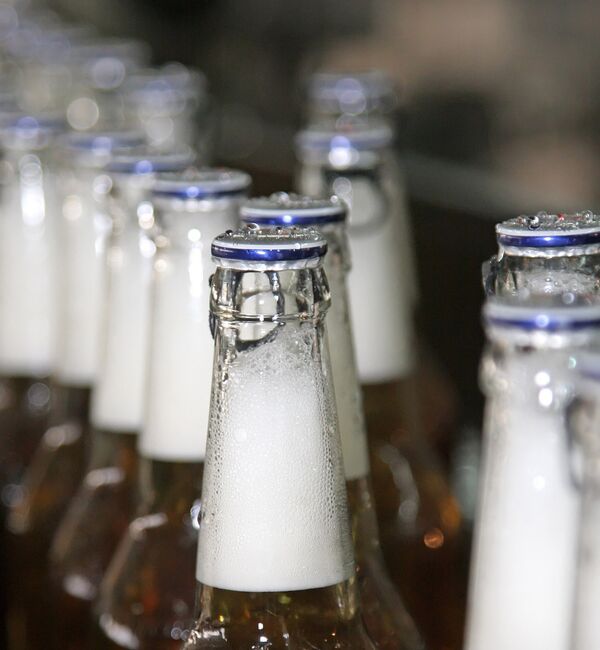 A Moscow court has thrown out a slander claim by Russian brewers against the country's top drug and alcohol control official over statements they say "demonize" beer.

A Moscow court has thrown out a slander claim by Russian brewers against the country's top drug and alcohol control official over statements they say "demonize" beer.

The Union of Russian Brewers sued Yevgeny Bryun after he said brewers added pure alcohol to beer to increase its strength and to speed up the fermentation process.

"Taking advantage of his position, Bryun indulged in statements that add to the demonization of beer, making brewers responsible for social woes and distracting from the true causes of alcohol abuse - low living standards, corruption and widespread illegal alcohol sales," the Union said.

The dispute broke out as the Russian government has launched a campaign to curb pervasive alcohol abuse, which it called a "national disaster."

Alcohol consumption surged after the Soviet breakup and has taken a heavy toll on Russians' health, fueling high levels of mortality, above all among working-age men.

"A lot of beer is produced in Russia, but you cannot drink it," Bryun said in December on the Ekho Moskvy radio station, without mentioning any brewers by name. "Beer and other tinned low-alcohol beverages are a real chemical weapon," he said.

The brewers demanded the official publicly retract his statements. They also said they do not add alcohol to their products, and ethyl alcohol is produced as a result of fermentation.

The Moscow Arbitration Court's January 18 decision to reject the plea was announced on its website on Wednesday.

Russia has tripled excise duties on beer as part of the campaign to fight alcohol abuse.