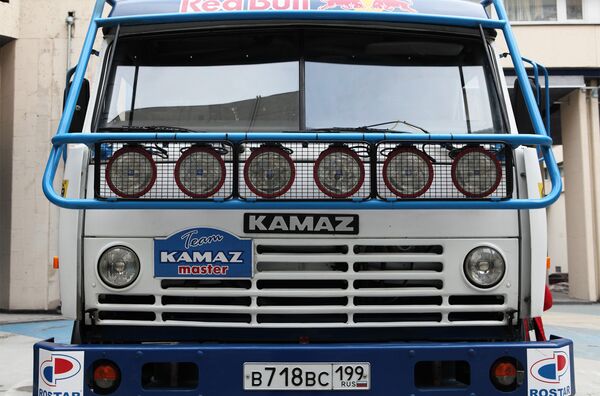 Russian Vladimir Chagin (Kamaz) has won the second special stage of the legendary off-road Dakar Rally in Buenos Aires, strengthening his leadership in the race.

Russian Vladimir Chagin (Kamaz) has won the second special stage of the legendary off-road Dakar Rally in Buenos Aires, strengthening his leadership in the race.

Chagin's Kamaz covered the distance in 4 hours, 35 minutes and 7 seconds on Sunday. Another Russia's Kamaz, driven by Firdaus Kabirov, was second in the race, trailing the leader by 3 minutes.

Kabirov was third in the first special stage.

After two stages of the rally, Chagin is 6 minutes and 47 seconds ahead of Karibov, who is second in the general classification. Brazilian Andre de Azevedo is on third place.

The Russian team already has seven winning titles from the legendary off-road rally. Vladimir Chagin has so far won the race five times.

2010 Dakar Rally is the 31st event. It is in South America for the second successive time and will run until 16. Last year marked the first time that the rally, founded in 1979, has taken place outside Africa, in South America, due to safety reasons.

Teams from 50 countries on 52 trucks, 160 motorcycles and 138 cars are taking part in the race that kicked off from the Obelisk on Buenos Aires's central 9th of July Avenue on New Year's Day.