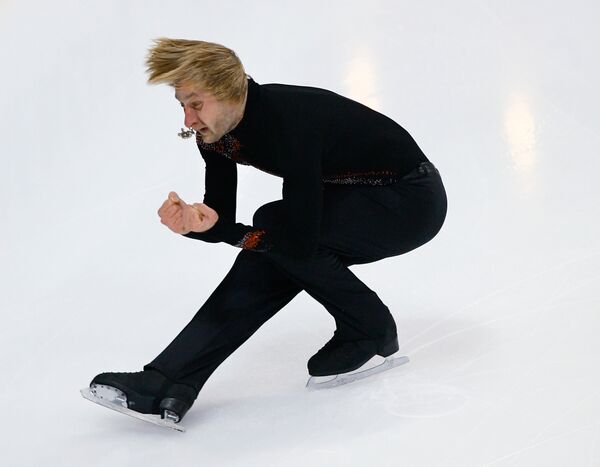 Plushenko, the 2006 Olympic winner and three-time world champion, scored a record of 271.59 points and was followed by Sergei Voronov with 240.01 and Artyom Borodulin, 234.92 points.

In October, Plushenko won an easy victory at Moscow's Rostelecom Cup, his first international skate since taking gold at the Torino Games. He announced in March he would return to the ice after a self-imposed absence to prepare for the 2010 Vancouver Olympics.

But the champion was not happy with his performance today.

"I did not do all I had planned because of an injury and because I missed more than a week of training," he said, assessing his performance at "three on a five-grade scale."

Plushenko was reported to have knee problems, which prompted his retirement after his stunning performance in Torino.

Plushenko said his mistakes today will spur him to train more ahead of the European championship and the Vancouver Olympics.

He said he hopes to perform two quadruple jumps in his free skating program in Vancouver.

Oksana Domnina and Maxim Shabalin won the gold in the ice dancing event earlier on Saturday.