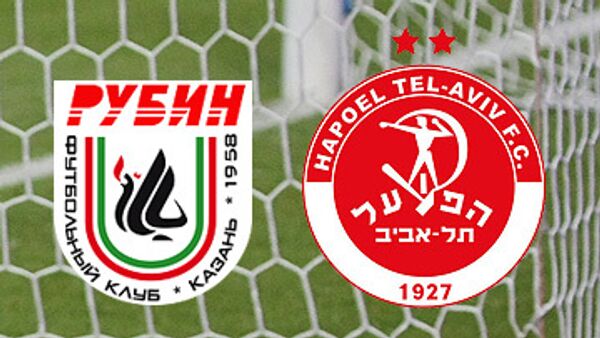 Rubin earned a place in the revamped UEFA Cup after finishing third behind Barcelona and Inter Milan in their Champions League group.

"We have to get past Hapoel," Rubin defender Roman Sharonov told Sovetski Sport. "If we don't we'll lose a lot of the optimism we gained with our Champions League performances."

Rubin's opponents are currently in second place in the Israeli Premier League.

The first leg takes place in Russia on February 18, some three weeks before the start of the 2010 Russian Premier League season. The second leg is on February 25.

If Rubin do defeat Hapoel Tel Aviv, they will face the winners of Villarreal v VfL Wolfsburg in the last 16.