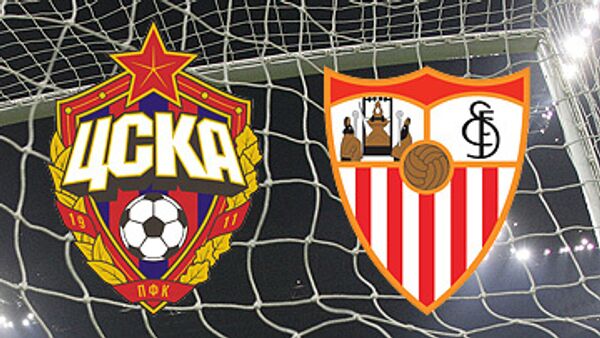 CSKA Moscow will take on Spanish club Sevilla in the first knockout stage of this season's Champions League.

CSKA Moscow will take on Spanish club Sevilla in the first knockout stage of this season's Champions League.

CSKA coach Leonid Slutsky was cautiously optimistic after the draw, which took place earlier on Friday in Nyon, Switzerland.

"Sevilla are a very good side, who took first pace in their group," he told the club's official website. "But we could have come up against a team it would have been really tough to compete against. We have much more chance of getting past Sevilla."

"It could have been a lot worse," the reported Manchester United target said on his blog. "We could have got Arsenal, Chelsea, Barcelona or Real."

CSKA will play at home in the first leg on February 24, just over two weeks before the start of the 2010 Russian Premier League. The second leg is on March 16.

The Russians finished second in their group behind Manchester United to make the knockouts stages for the first time in their history.

In other ties, Manchester United will take on AC Milan - and former star David Beckham. Chelsea will go up against their ex-coach Jose Mourinho and his Inter Milan side.