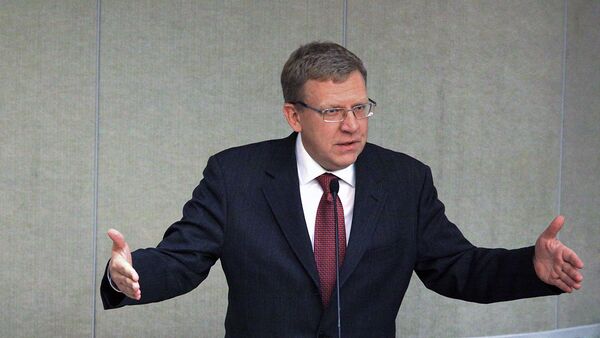 Russia's economy will reach its 2008 pre-crisis level by the end of 2012, Finance Minister Alexei Kudrin said on Wednesday.

"We are planning to restore GDP to pre-crisis levels in the fourth quarter of 2012," Kudrin said.

The finance minister also said the domestic economy was expected to demonstrate growth on pre-crisis levels in 2013.

Kudrin said Russia would experience a difficult next three years as it sought to resolve all the problems accumulated during and after the global economic downturn. He said the Russian economy would demonstrate slower growth during this period as compared with the pre-crisis level.

Kudrin signaled on Wednesday an end to recession, announcing that the country's economy was expected to grow more than 2% in October-December 2009.

"In the fourth quarter, we expect growth, and even the [GDP] growth rates will slightly increase and equal more than 2%. This means that we have exited the recession and a reversal from decline to growth has begun to be seen," Kudrin told the lower house of Russia's parliament.

Kudrin said that as of November 1, 2009 the government had spent 900 billion rubles ($30 billion) on anti-crisis measures out of 1.393 trillion rubles ($46 billion) earmarked for the purpose in the budget.

Andrei Klepach, deputy economic development minister, said the ministry had kept its 2009 forecast on industrial output decline at 11.5% but said this decline could be smaller at 11%.