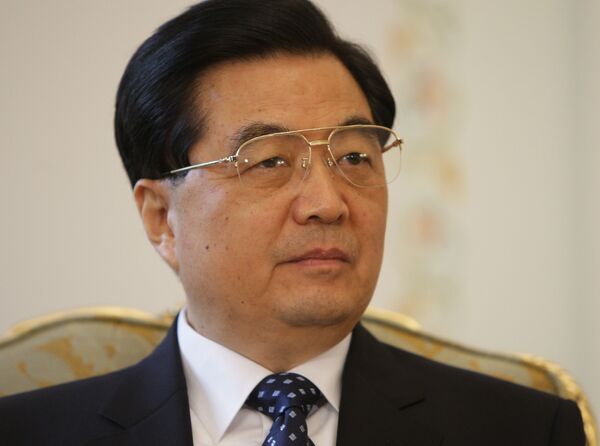 Chinese leader Hu Jintao visited Turkmenistan on Sunday ahead of a ceremony to unveil an ambitious pipeline to bring Central Asian natural gas to China.

A ceremony to inaugurate a 7,000-kilometer (4,300-mile) pipeline carrying gas from Turkmenistan to China through Uzbekistan and Kazakhstan and bypassing Russia will take place on Monday. The leaders of the other two ex-Soviet states will also attend.

Meeting with Turkmen President Gurbanguly Berdymukhamedov, the Chinese leader said the pipeline means that relations between the two countries "have risen to a completely new level."

The Turkmen leader said "this strategic project corresponds to Turkmenistan and China's long-term interests and to the logic of regional and global economic development." Turkmenistan has until recently sold most of its gas to Russia.

Turkmenistan and Kazakhstan are to supply 30 billion cubic meters of gas annually to the giant Asian nation, with the capacity - which could eventually be increased to 40 billion - expected to reach the target by 2013.

Hu also urged Turkmenistan to use China's $4 billion loan on the development of its South Yolotan field in the southeast with estimated reserves of up to 14 trillion cubic meters, which makes it the world's fourth or fifth largest deposit.