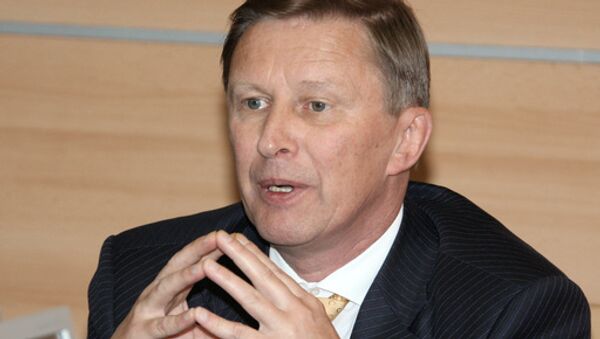 "The trials will begin in 2010," Ivanov said. Earlier reports said test would start before the end of this year.

Deputy Defense Minister Vladimir Popovkin has said the fighter, which has been under development since the 1990s, will enter service with the Air Force in 2015.

Russia's one known fifth-generation project is Sukhoi's PAK FA and the current prototype is the T-50. It is designed to compete with the U.S. F-22 Raptor (the world's only fifth-generation fighter aircraft) and F-35 Lightning II, but has yet to take to the skies.

The T-50's maiden flight has been repeatedly postponed since early 2007 for unspecified reasons.

However, in August 2009, Russian Air Force Chief Alexander Zelin said that there were problems with the engines and research was ongoing.

The PAK FA is believed to possess advanced avionics, stealth capability, a ferry range of 4,000 to 5,500 km, and endurance of 3.3 hrs; it is armed with next-generation air-to-air, air-to-surface, and air-to-ship missiles, and has two 30-mm cannons.