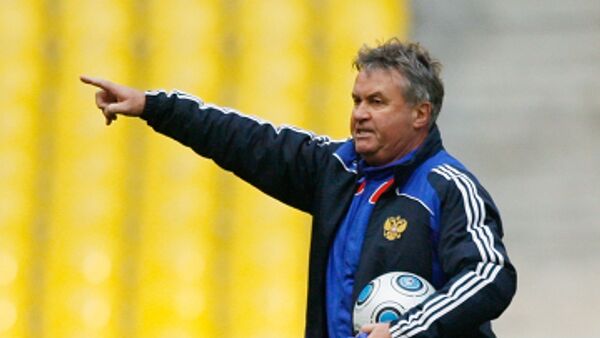 The Dutchman's contract with the Russian Football Union expires in July 2010, but his team failed to reach next summer's World Cup and there is a clause allowing him to leave early.

The Russian soccer authorities expect a decision from the trainer by the end of the year. He has been offered a new deal to lead the side to the 2012 European Championships, and fans have started an online petition to convince him to stay.

Turkey have been looking for a new coach since Fatih Terim resigned after they also missed out on South Africa 2010.

Hiddink has already been linked with jobs in Nigeria, Australia and Italian side Juventus, and Hurriyet's report was not confirmed by the Turkish Football Federation.

The experienced coach, who took the Netherlands, Australia and South Korea to previous World Cups, has also been reportedly offered the chance to return to English Premier League leaders Chelsea as technical director.