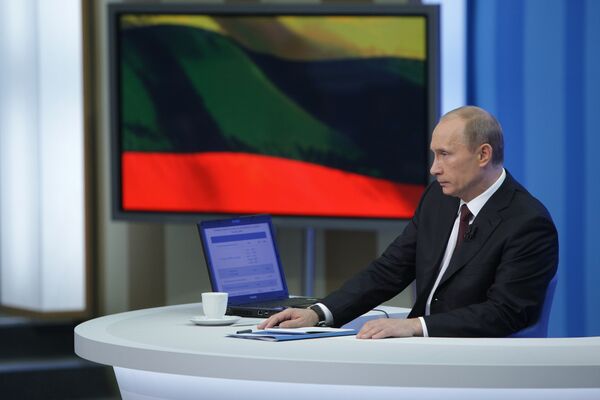 The Russian prime minister on Thursday pledged a steady flow of contracts for the domestic aircraft industry, and said it was facing a bright future.

The Russian prime minister on Thursday pledged a steady flow of contracts for the domestic aircraft industry, and said it was facing a bright future.

"I am confident that the domestic aircraft-making industry has a good future, and [aircraft making plants] will have enough contracts to operate at full capacity in the next few years," he said.

In mid-August, Putin criticized the UAC for selling planes to domestic and foreign companies at a loss.

Federal funding for the aircraft industry has increased by a factor of 20 over the past five years. Despite the economic crisis, the government allocated about 80 billion rubles ($2.5 billion) in 2009 for the development of the industry.

The state-controlled corporation, established to streamline the Russian aviation industry, incorporates aircraft-making and affiliated firms engaged in the manufacture, design and sale of military and civilian aircraft, including unmanned aerial vehicles.

The Superjet 100 project is a family of medium-haul passenger aircraft developed by the state-owned Sukhoi Civil Aircraft company in cooperation with U.S. and European aviation corporations, including Boeing, Snecma, Thales, Messier Dowty, Liebherr Aerospace and Honeywell.

International certification is expected by mid-2010.

Sukhoi, part of the United Aircraft Corporation (UAC), plans to manufacture at least 700 Superjet 100s, and intends to sell 35% of them to North America, 25% to Europe, 10% to Latin America, and 7% to Russia and China.