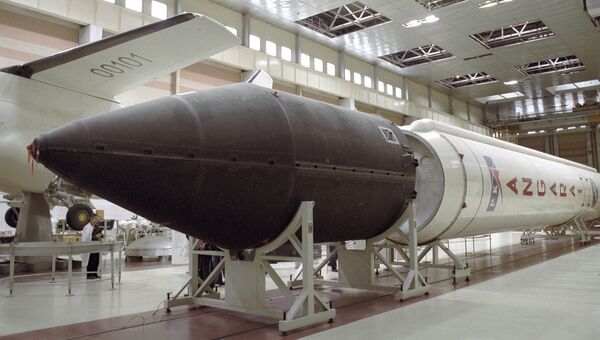 The family of Angara rockets will complement, and eventually replace, the existing line of Rockot and Proton launch vehicles. It will be available in a range of configurations capable of lifting between from 2 to 24.5 metric tons into low-earth orbit, and its creators say it will have a low environment impact.

The Angara is intended mainly for launch from the Plesetsk space center to reduce Moscow's dependence on Kazakhstan's Baikonur, the main launch facility for the current generation of Russian rockets.

The environment-friendly rockets will be used for military and civilian purposes, specifically to put into orbit satellites as part of the Federal Space Program, as well as joint international space projects.

The Khrunichev center recently asked the government to allocate an additional 10 billion rubles (about $290 million) over the next three years to finish the development of the rocket.

Meanwhile, Anatoly Perminov, the head of the Federal Space Agency Roscosmos, said on November 18 that the maiden launch of the Angara carrier rocket could be postponed for at least one year due to shortage of funds allocated by the Defense Ministry on the construction of launch facilities.

The facilities were expected to be finished by 2010, and the first launch had been originally scheduled for 2011.

The development of the rocket itself is going according to schedule, Perminov said.