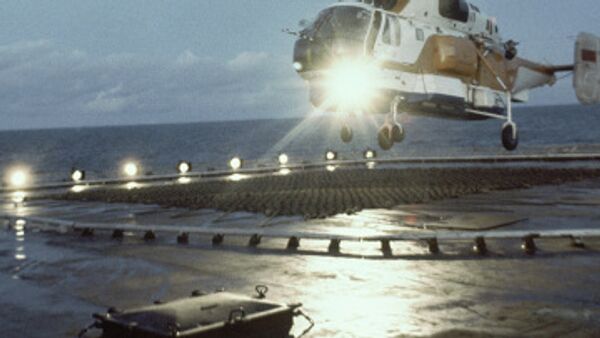 "If the French finally sell it [the warship], we should consider security measures to be taken in case the ship is deployed in the Baltic Sea," Laaneots told Estonian television on Saturday.

Estonian security analyst Eerik Niiles Kross said: "If Russia obtains such a modern and effective warship, which can carry a tank battalion, take aboard several hundred people and faultlessly control [its] operations... the possession of such equipment will provide Russia with a considerable advantage, if it is deployed in the Baltic Sea."

Russia is seeking to buy France's Mistral-class helicopter carrier worth 400-500 million euros (around $600-$750 mln). The ship will arrive on an official visit to St. Petersburg on November 23, and the Russian Navy and defense industry experts will be able to inspect it.

Moscow is also planning to build another four helicopter carriers in Russia under French licensing.

A Mistral-class ship is capable of transporting and deploying 16 helicopters, four landing barges, up to 70 vehicles, including 13 battle tanks, as well as 450 military personnel. The vessel is equipped with a 69-bed hospital and can be used as an amphibious command ship.

The Russian Navy is planning to deploy the Mistral-class warships in the Northern and Pacific fleets to conduct troop transport, peacekeeping and rescue missions. In addition, the helicopter carriers could be used effectively in anti-piracy operations, including off the Somali coast.

Russian shipbuilders strongly oppose the deal and the government has yet to make a decision on whether Russia needs to build costly amphibious assault ships.