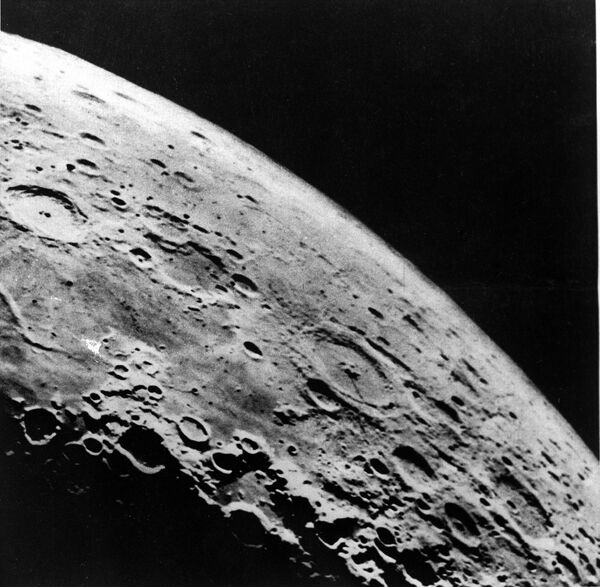 © RIA Novosti
/
Go to the photo bank
Subscribe
A NASA lunar mission has uncovered ice reserves in a crater near the Moon's south pole.

WASHINGTON, November 14 (RIA Novosti) - A NASA lunar mission has uncovered ice reserves in a crater near the Moon's south pole, NASA has said on its website.

In early October NASA has completed the mission of the Lunar CRater Observation and Sensing Satellite, or LCROSS. During the mission, an impact from the LCROSS Centaur upper stage rocket created a two-part plume of material from the bottom of the permanently shadowed region of Cabeus cater near the moon's south pole.

"We are ecstatic. Multiple lines of evidence show water was present in both the high angle vapor plume and the ejecta curtain created by the LCROSS Centaur impact," the project's scientist Anthony Colaprete, was quoted as saying.

The area is considered as a possible landing site for manned lunar missions.

"The concentration and distribution of water and other substances requires further analysis, but it is safe to say Cabeus holds water," he went on.

Scientists have long speculated about vast reserves of hydrogen that have been observed at the lunar poles. The LCROSS findings suggest that ice reserves on the Moon could be more widespread and in greater quantity than earlier suspected.

LCROSS, a companion mission to the Lunar Reconnaissance Orbiter, or LRO, was launched this June from NASA's Kennedy Space Center in Florida to prove that lunar poles contain ice. The spacecraft has also gathered data about mineral that make up the lunar surface, especially in the permanently shadowed regions.

In September LRO detected the presence of hydrogen on the Moon.