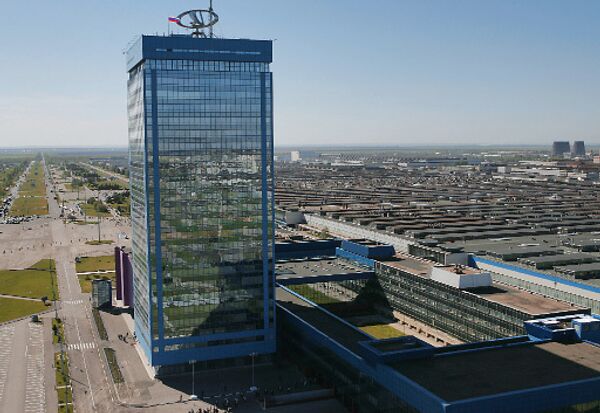 AvtoVAZ, which dominates the economy of the Volga city of Togliatti, earlier announced plans to cut its 100,000-strong workforce by over 25%.

Meanwhile, Industry and Trade Minister Viktor Khristenko said that the Russian government would allocate an additional 3 billion rubles ($100 million) for the purchase of Russian-made cars for the needs of ministries and departments in an effort to support the domestic auto industry.

Khristenko said that the 3 billion rubles would be in addition to the 12.5 billion rubles ($427 million) already spent this year on the purchase of vehicles for the Interior Ministry, Defense Ministry, Emergencies Ministry and Health Ministry.