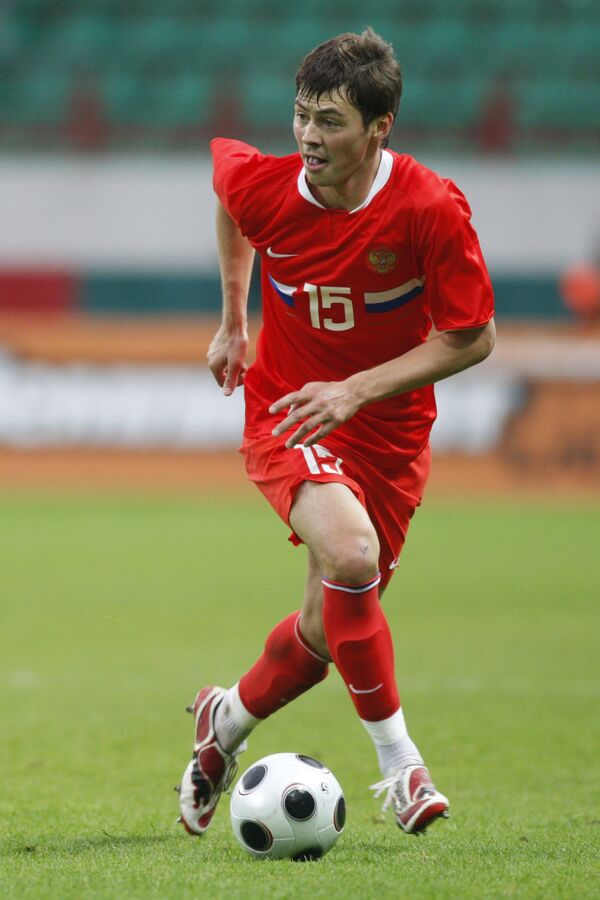 © RIA Novosti . Anton Denisov
/
Go to the photo bank
Subscribe
Everton's Russian midfielder Diniyar Bilyaletdinov has said he did not deserve to be sent off against Aston Villa on Saturday.

MOSCOW, November 2 (RIA Novosti) - Everton's Russian midfielder Diniyar Bilyaletdinov has said he did not deserve to be sent off against Aston Villa on Saturday.

Bilyaletdinov, 24, opened the scoring for Everton against Villa in a 1-1 draw at Goodison Park, but was sent off late in the match for a reckless tackle on Stiliyan Petrov.

"I don't think I deserved to be sent off," the former Lokomotiv Moscow star told Sport Express.

"I wanted to play the ball, but I got his leg. There was nothing very terrible about it. I guess I'll miss three matches now though," he said.

"Of course, the goal was a pleasant moment, but I didn't get any particular satisfaction as we didn't win. And the sending off spoiled everything," he went on.

Bilyaletdinov has now scored twice for Everton since joining the club in August.

In other news, Tottenham Hotspur's unsettled Russian forward Roman Pavlyuchenko has been linked to a move to London rivals West Ham United. Russia's Sovetski Sport paper said on Monday the struggling East End club have made inquiries into the purchase of the striker, who has found playing time hard to come by this season as White Hart Lane.