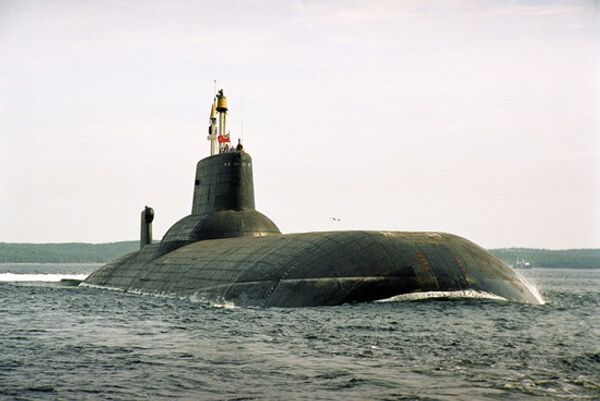 "The sub left the base in Severodvinsk on Monday to test the readiness of the equipment for future launches of the Bulava missile," a Severodvinsk administration official said, without specifying the date for the next test of the missile.

The Typhoon-class submarine, based at a naval facility in northern Russia's Severodvinsk, is the only vessel in service with the Russian Navy capable of testing the new Bulava submarine-launched ballistic missile (SLBM).

However, the Bulava's development has been dogged by a series of setbacks, which has officially suffered six failures in 11 tests.

The latest Bulava failure during the launch from Dmitry Donskoy in the North Sea on July 15 was caused by a defective steering system in its first stage, a defense industry source said on Monday.

The Bulava (SS-NX-30) SLBM carries up to 10 MIRV warheads and has a range of over 8,000 kilometers (5,000 miles). The three-stage solid-propellant ballistic missile is designed for deployment on Borey-class nuclear-powered submarines.