Russia Airborne Troops chief gets reprimand for abuse of office 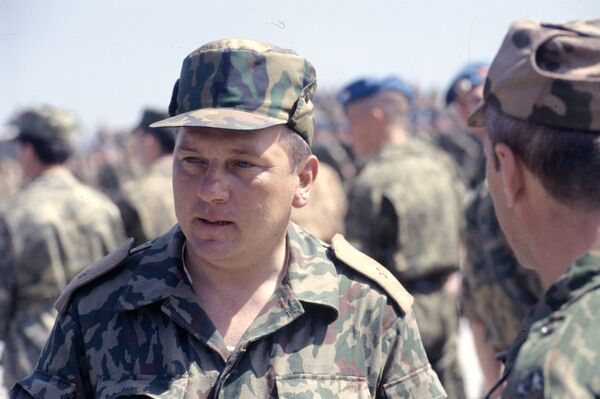 The probe was launched after the Russian media reported that Shamanov had ordered two elite teams of paratroopers to hinder an investigation at a company owned by his son-in-law, who is on the run from police on alleged murder charges.

"The Defense Ministry has finished an official investigation in relation to the Russian Airborne Troops commander Lt. Gen. Vladimir Shamanov," a spokesman for the ministry said, adding that the general had been warned over the abuse of office.

Although neither the paratroopers nor the general actually arrived at the offices of the company, the Novaya Gazeta daily made public recordings of the general's obscenity-littered telephone conversations with his subordinates, his son, who is on the board of directors of the company in question, and other people.

"I fully agree with the punishment and recognize the illegal nature of my actions. I believe that the minister's decision was just," Shamanov told RIA Novosti on Wednesday.

The general earlier defended his innocence in an interview with the Komsomolskaya Pravda daily, saying the telephone conversations were taken out of context and distorted the essence of what had been said.