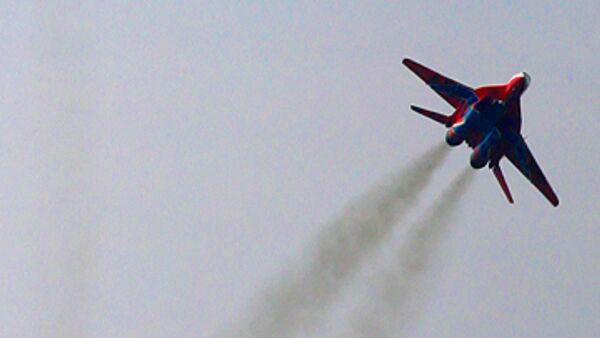 Musail Ismailov, chief of the Aviaremsnab company, and his deputy Alexander Kutumov are currently serving jail terms for similar offences. They were convicted for fraud in May after investigators determined the company used forged certificates and tags on old aviation equipment and sold it as new to the MiG company.

Under the $14.3 million contract, Aviaremsnab was to supply MiG with new spare parts and equipment. The company received $1.7 million in advance payments for components made in 2005-2006, but received products manufactured between 1982 and 1996, with forged certificates.

Some of the parts were to be shipped to the Polish air force, and others were to be used in the 24 MiG fighters that Algeria later refused to accept due to their "inferior quality."

The fraud, however, had been uncovered before the components were installed.

However, after receiving 15 MiG fighters, Algeria in May 2007 refused further deliveries. Then in October 2007 it froze all payments stipulated in contracts with Russia, requiring that Moscow first take back the 15 MiG-29s due to their "inferior quality."

The aircraft were eventually returned to Russia in April, and after thorough testing were approved for the service with the Russian Air Force.

Meanwhile, following a MiG-29 crash in East Siberia last December, the Defense Ministry admitted for the first time last week that Russia's MiG-29 fleet of 281 aircraft was mostly outdated and not capable of performing combat duties.

Military experts believe the aircraft, which was developed in the 1970s and supplied to the Air Force between 1983 and 1993, has become obsolete and needs to be removed from active service.

MiG-29SMT is an upgraded version of the MiG-29 fighter, carrying a wide range of air-to-air and air-to-surface weaponry.

The MiG aircraft maker has said that after an upgrade the combat effectiveness of the aircraft increased three-fold and operating costs dropped by about 40%.